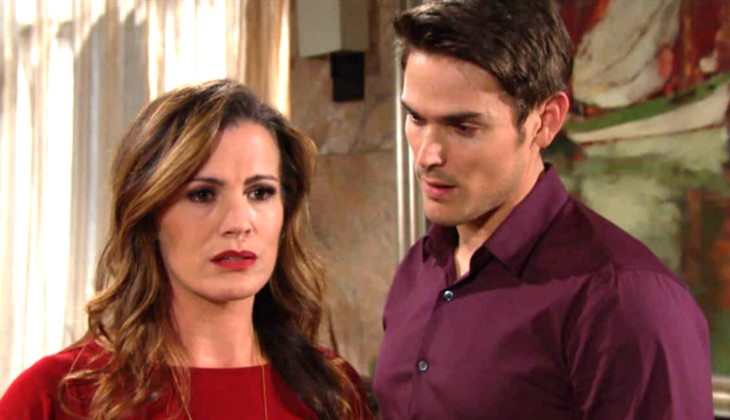 Adam’s instant rejection of his father’s reveal was logical because he had no memory of the event. But Chelsea knows that Adam’s memory was non-existent for three years. So, she senses that Victor’s tell is legitimate and that Connor Newman’s (Judah Mackey) father has likely entered another period of deep drama.

The Young And The Restless Spoilers – Rejecting Reality Because It Hurts

Y&R fans know that Adam’s rejection of reality was tied to his own lack of recall and a revived distrust of his father. The same man who left Genoa City, Wisconsin, because he felt he was a danger to the woman he loved and their son eventually reverted to believing that Victor was responsible for all of his many ills.

So, hearing the Moustache say that he, not Victor, killed A.J. Montalvo (no actor’s name known for this role) triggered a strong emotional response. However, based on available evidence, it does appear that Adam has simply repressed what was a horrific childhood event.

If all is as Victor claims, and that does seem to be the case, then he was protecting Adam from himself for all these years. What happened in Kansas was a tragedy, but also reflected the then young Adam’s fierce protection of his mother, Hope Wilson (Signy Coleman), from that terrible loan shark.

Victor’s victory in effectively covering up his son’s youthful action is in jeopardy, as buzz indicates that a previously unknown witness exists. Depending upon how circumstances unfold, that person could prove to be detrimental to both Adam and Victor, with the Moustache’s Coroner payoff in danger of being exposed.

All seemed to be well shortly after the new year dawned. Nick Newman (Joshua Morrow) recognized that Chelsea still loved Adam, so he let her go without a fight.

The Chadam family was restored for the first time in four years and 2020 seemed bright. But eight months in what appeared to be lasting may have been an illusion. Chelsea’s sense of peace has been broken and that was before she becomes aware that Adam feels he needs Sharon Newman’s (Sharon Case) help.