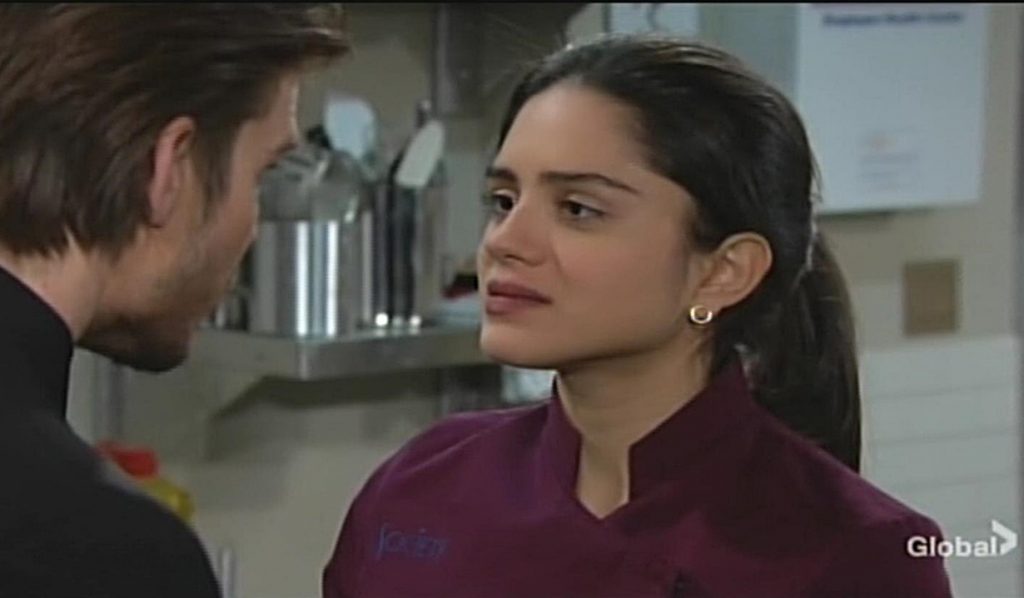 The Young and the Restless spoilers indicate that things are about to get very, very messy between two couples in Genoa City. That’s because even though Kyle Abbott (Michael Mealor) is still married to Lola Rosales (Sasha Calle), he has been shacking up with Summer Newman (Hunter King). And of course, it’s going to be Lola’s turn to make a move of her own. Here’s what you need to know.

Even though Summer knows that she is in the wrong by kissing and falling into bed with a married man, The Young and the Restless spoilers tease that she is going to warn Theo Vanderway (Tyler Johnson) not to do the same. Pot meets kettle, for sure. She will even add that Lola is too good for him, much to Theo’s surprise.

Young and the Restless Spoilers Tuesday, February 11: Adam and Chance Head To Vegas, Phyllis and Nick Worry About Summer, and Ripley Is Arrestedhttps://t.co/trfYBlUfhl

But will it stop Theo from getting what he wants? Of course not. Speaking to Soap Opera Digest in a new interview, Tyler Johnson, who plays Theo Vanderway on the hit CBS soap, puts it this way, “Theo is drawn by the fire, so Summer’s warning only serves to strengthen his resolve. Her statement that Lola is too good for him is pointed and hurts, but Theo sees a hypocrisy in Summer’s protests, which only emboldens him further.”

In other words, Theo is going to stop at nothing to make sure that he and Lola become an item. And for Kyle, that has to hurt where it definitely hurts the most. The Young and the Restless spoilers also say that Theo and Lola are going to share a kiss and that their passion wont’ stop there, either. But fans will be surprised to see who will make their first move, as it will definitely come from nowhere. Needless to say, The Young and the Restless fans will have to tune in to find out what happens next!

The Young And The Restless (Y&R) Spoilers: Walls Closing In On Chelsea –…

The Young And The Restless (Y&R) Spoilers: Why Kyle Is The Absolute Worst In…