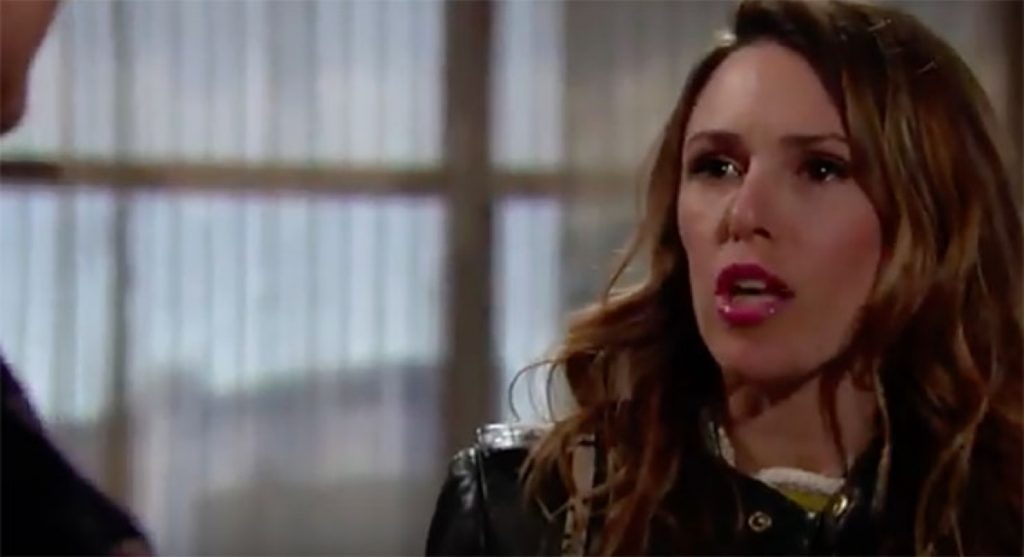 The Young and the Restless (Y&R) spoilers for Thursday, January 23, tease that some shockers and shakeups are brewing. We should note that impeachment trial coverage pushed Tuesday’s episode to Wednesday, which will push this episode to Thursday. Of course, all you really need to worry about is catching up on the hot spoilers below! 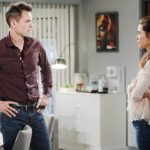 Over with Phyllis Summers (Michelle Stafford), she talks to “Chance” Chancellor (Donny Boaz) about Abby Newman’s (Melissa Ordway) busy schedule. Phyllis points out that she’s free, so Chance assumes Phyllis wants to go on a date. He eventually goes along with the idea and suggests they’ll have dinner.

Next, Chance talks to Adam about an issue in Vegas. “She” is missing – as in, she’s gone completely off the radar. Adam reminds Chance that he sends checks every month. He’s certain the woman he’s paying off will pop back up to cash one, and Chance says Adam had better be right!

Chloe Mitchell (Elizabeth Hendrickson) remains agitated about the “Chadam” reunion, but Chelsea doesn’t want to hear complaints. They end up taking the kids to Crimson Lights and are pleased to see Connor getting along with Bella Fisher (Martie Blair).

Chloe confesses she’s hoping to give Bella a little sister. She reflects on Delia Abbott’s (Sophie Pollono) cornea donation and how special it is for Connor to look at Bella through Delia’s eyes. Afterward, Adam arrives and gets an attitude from Chloe. During their conversation, it comes out that Chloe saved Adam from being run down by Billy Abbott (Jason Thompson). Although Chloe did it for Billy’s sake, she still feels Adam owes her.

Adam promises to make his family happy and tries to say some sweet words about the kids. Chloe’s annoyed by Adam’s attempt to pretend he’s human. Later, Chelsea grills Adam about the interaction she witnessed with Chance earlier. Adam suggests there’s nothing Chelsea needs updates on.

At Jabot, Kyle Abbott (Michael Mealor) tries a different tactic with Theo Vanderway (Tyler Johnson). Summer Newman (Hunter King) doesn’t get why Kyle’s suddenly being nice, but Kyle suggests he’s going to kill Theo with kindness. That just might be the way to drive Theo up the wall!

As for Theo, he gets a warning from Jack Abbott (Peter Bergman). Jack comments on the tension between Theo and Kyle. He knows Theo’s been needling Kyle and has addressed this problem with the both of them. Jack doesn’t want to address it again, so Theo acknowledges that he understands.

At Society, Lola Abbott (Sasha Calle) fills Devon Hamilton (Bryton James) on her huge fight with Kyle. Devon says that speaking from experience, it’s normal to fight in a marriage. Lola’s still unsettled since this one was so bad.

Next, Kyle arrives and hates the timing of this business trip. He has to leave before he can talk through his conflict with Lola, but she suggests they can do it later. They share a kiss before Kyle departs. At the Grand Phoenix, Phyllis speaks with Summer about her looming business trip with Kyle. She suggests she hopes Summer won’t make her move – although she could easily get Kyle back.

Phyllis argues that Summer is 10 times the woman Lola is and adds that Kyle knows it. After Kyle arrives and heads off with Summer, Phyllis stands there looking deep in thought. Back at Society, Fenmore “Fen” Baldwin (Zach Tinker) tells Devon that he’s not going back out on tour. Fen’s grateful for everything, but he wants to make sure he stays clean and sober.

Theo eventually shows up and spots Lola, but he ends up leaving. Resisting temptation is apparently on the menu, but for how long? The Young and the Restless spoilers say some great scenes are on the way. We’ll give you updates as other Y&R news and rumors emerge. Stay tuned to see what else is coming up in Genoa City.

Days of Our Lives Spoilers: Judi Evans Opens Up About Her Salem Exit – Missing Adrienne Already!