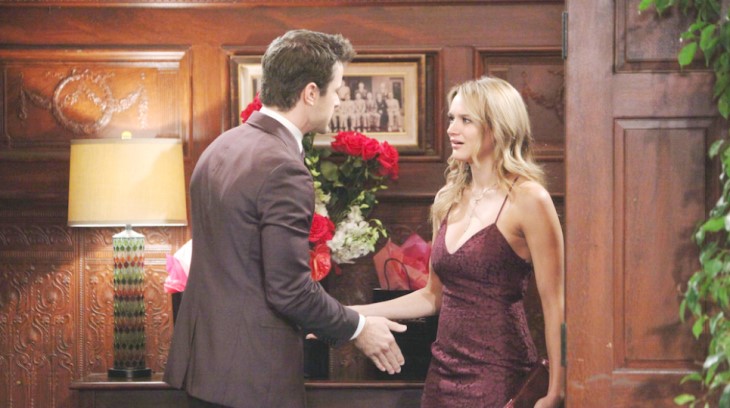 Viewers of The Young and The Restless will recall that after calling both of them into a meeting, Jack told Kyle and Theo that Jabot would be going through a major transition. He said Jabot would be going back to its beginnings and the reason John Abbott (Jerry Douglas) had created the company in the first place. He stated that it had become smothered by branching out and overextending.

Jack further explained that expanding the fashion line had made sense years ago when Ashley Abbott (Eileen Davidson) had left Jabot with her formulas because they’d needed to fill the void, but since Jabot had merged with My Beauty, the fashion line was getting in the way. Kyle had responded that the fashion line had taken off and was doing great, but then Theo interrupted and said that it made more sense to focus their energy on the line that had made them what they were otherwise they were spreading themselves too thin. Jack then said that Ashley was on board, and it was only a matter of making an announcement about it.

Kyle felt it would be a PR disaster, and he couldn’t imagine how marketing would handle it. Jack announced that marketing wouldn’t be responsible — Kyle and Theo would. Jack said that Kyle and Theo had seven days to come up with their own rebrand, and he wanted to see who would come out on top. Summer arrived as soon as Jack and Theo left and asked Kyle what Jack had said. Kyle told her it wasn’t about the job but about his father’s respect.

Kyle wondered when his father would believe in him. Kyle knew that Theo would do something underhanded, but Summer said that Kyle needed to fight fire with fire. She said that no matter what Theo did, it wouldn’t be enough because Theo had to contend with her and Kyle. She said there was nothing they couldn’t do together. She claimed she was Kyle’s secret weapon.

Y&R Spoilers – Summer Newman Comes Up With A Plan

Summer comes up with a plan, and she and Kyle plot to make sure that Kyle comes out on top and Theo comes out on the bottom, therefore ensuring his exit from Jabot, and hopefully, from Genoa City and out of their lives. But little do they know that Theo has a counterplan against Kyle – he has Kyle’s assistant Kendra (uncredited actress) digging up dirt on him, searching through his emails to try and find something that Theo can use against Kyle to take him down.

Theo had given Kyle every chance to be friends again like they were in New York, but things had gotten even worse since they found out they were cousins through their grandmother Dina Mergeron (Marla Adams) and Theo has been forced to fight fire with fire since Kyle has been undercutting him and doing everything in his power to ensure his failure at Jabot and get him ousted at the company.

The Young and The Restless Spoilers: Amanda Still Healing, Put Her Trust In Nate And They Share Their First Kiss https://t.co/7ew2wfthrS pic.twitter.com/PVA5z9jKp3

Now they have come to a winner take all situation, and not knowing that Theo has been trying to find something to take Kyle down and get him ousted, Summer and Kyle start plotting their moves! Time will tell which man comes out on top and who comes up with the best rebrand and who goes, and who stays!