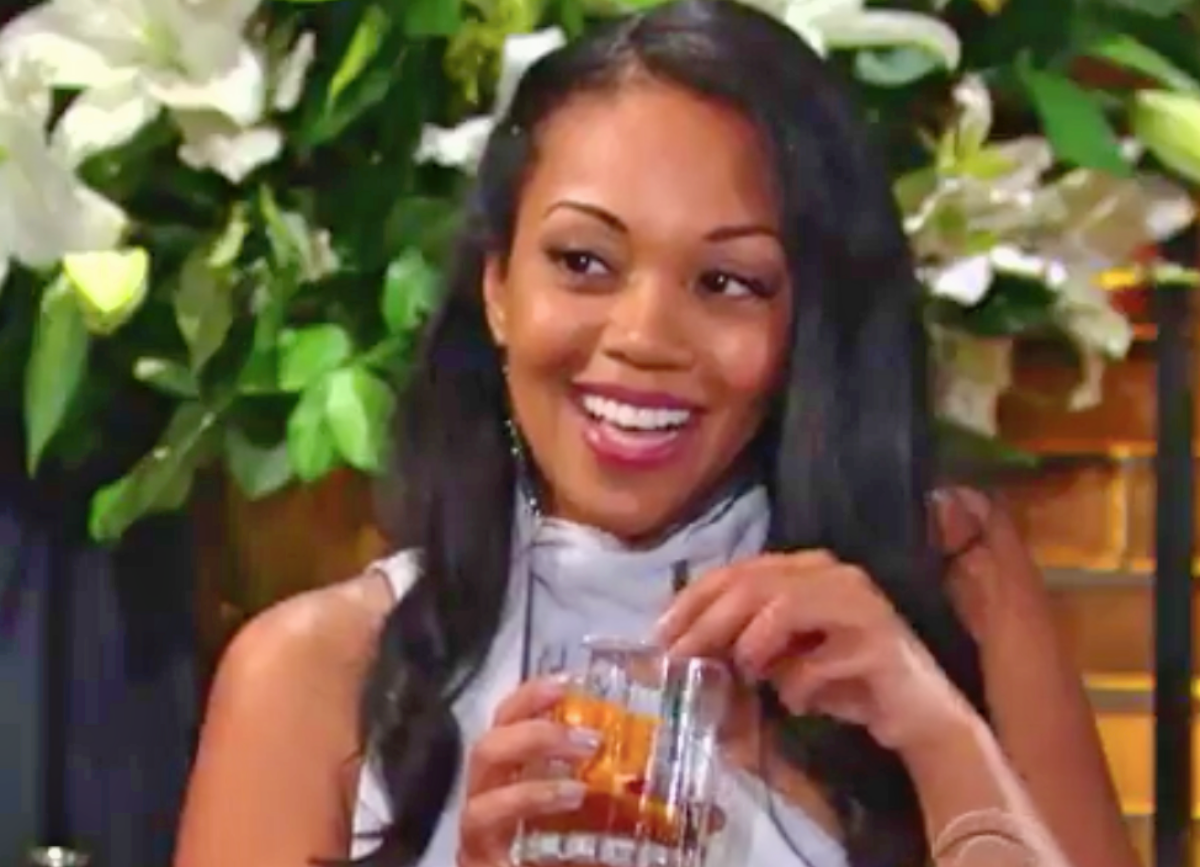 The Young and the Restless spoilers review for Monday, April 13, tease that Victoria Newman (Amelia Heine) will continue her conversation with Alyssa Montalvo (Maria DiDomenico) at the Grand Phoenix. Victoria will tell Alyssa that she knows about her affiliation with Adam Newman (Mark Grossman), and Alyssa will try to play coy. Victoria will say that Alyssa is in the dark about what Adam’s up to, and that whatever promises he’s made are nothing but lies.

Alyssa will remain guarded while Victoria explains that she knows about the story, and how Adam never wanted to publish the story in the first place. Victoria will say that Adam wanted Alyssa to do all the legwork so that he could buy the story and use it to blackmail Victor Newman (Eric Braeden) into making him CEO of Newman Enterprises. Alyssa will be stunned, and she’ll tell Victoria more about her interactions with Adam.

Y&R Spoilers: Victoria Newman Will Continue Her Conversation With Alyssa Montalvo At The Grand Phoenix

Alyssa will explain that she and Adam felt the same disillusionment about their fathers, and that they met organically, but Victoria will say that it was all calculated, and that emotional manipulation is one of Adam’s specialties. Alyssa will note that at some point she felt that something wasn’t right…specifically, when Adam talked her into handing over her evidence for “fact checking.”

The Young and the Restless Spoilers: Kyle’s Power Struggle Against Theo Takes An Interesting Turn

Young And The Restless Spoilers: Adam Newman Might Have Been The One To Kill Alyssa’s Father

It’s looking more and more like Adam might have been the one to kill Alyssa’s father, and that Victor conspired to cover up the crime to protect him. If Victoria gets her hands on that information, then she’s liable to use it against Adam in a very public and humiliating way!

Meanwhile, on the new episode of Y&R on Monday, April 13, Amanda Sinclair (Mishael Morgan) and Nate Hastings (Sean Dominic) will enjoy their first date at Society. They’ll be sitting at a table together when Billy Abbott (Jason Thompson) enters and sees them, then exists hastily. Nate and Amanda will enjoy drinks and dinner together as they muse at how Elena Dawson (Brytni Sarpy) and Phyllis Summers (Michelle Stafford) encouraged them to go out and have fun together.

After dinner, Nate and Amanda will move to the bar, where they’ll get to know each other more. Amanda will say that she doesn’t feel so guarded, like she had to be when she first came to town. Nate will learn that Amanda was given up when she was an infant, and that she spent her childhood in the foster care system. Amanda will learn about Nate’s father dying when he was young and all about his mom’s work in Doctors Without Borders.

Y&R Spoilers: Amanda Sinclair And Nate Hastings Will Discuss Their Role Models, And Ask Each Other Questions To Try To Get To Know Each Other

Amanda and Nate will discuss their role models, and they’ll ask each other some cute questions to try to get to know each other. Amanda and Nate will address favorite foods, favorite vacation places, musical tastes, and they’ll have a great time together. Amanda will note that dating Ripley Turner (Christian Keyes) was the most reckless thing she’s ever done, so things will turn serious for a moment, but soon the couple will agree to go do something fun.

As Amanda and Nate are getting their coats on, Amanda will suggest that they go bowling, and as they’re joking about the sport, they’ll each lean in for their first kiss. Afterwards, Amanda will say that was nice, and Nate will agree. Nate and Amanda will then happily head out to go bowl.

Over at the Grand Phoenix, Phyllis and Nick Newman (Joshua Morrow) will arrive in Phyllis’ suite to talk. Nick will note that they recently had a conversation about committing to each other, but since then Phyllis has seemed skittish. They’ll joke about how when they make love, it clouds their judgement, then Phyllis will say that she’s afraid that this will all end after she lets her guard down and opens up to Nick.

Young And The Restless Spoilers: Nick Newman Will Tell Phyllis Summers That He’s As Comfortable With Her As Anyone In This World

Nick will insist that won’t happen, and Phyllis will say that her heart won’t be able to take being hurt by him again. Nick will reiterate that he’s invested in this, and Phyllis will lock them in her suite insisting that they’re going to talk this through. One thing will lead to another, and Nick and Phyllis will end up making love in the shower, then talking will resume.

Nick will tell Phyllis that he’s as comfortable with her as anyone in this world, and that they’re connected and in sync. Nick will praise Phyllis for being so gracious and caring with Sharon Newman (Sharon Case) and for how she talked with Summer Newman (Hunter King) about Sharon’s cancer. Nick will say that life is infinitely better with Phyllis in it, and that he’s 100% in. Nick and Sharon will kiss tenderly.

Monday’s episode sounds awesome, so be sure to stay tuned to the CBS soap! We’ll give you updates as more hot Y&R news comes in. Remember that SOS is your trusted source for all the latest Young and the Restless spoilers and updates.