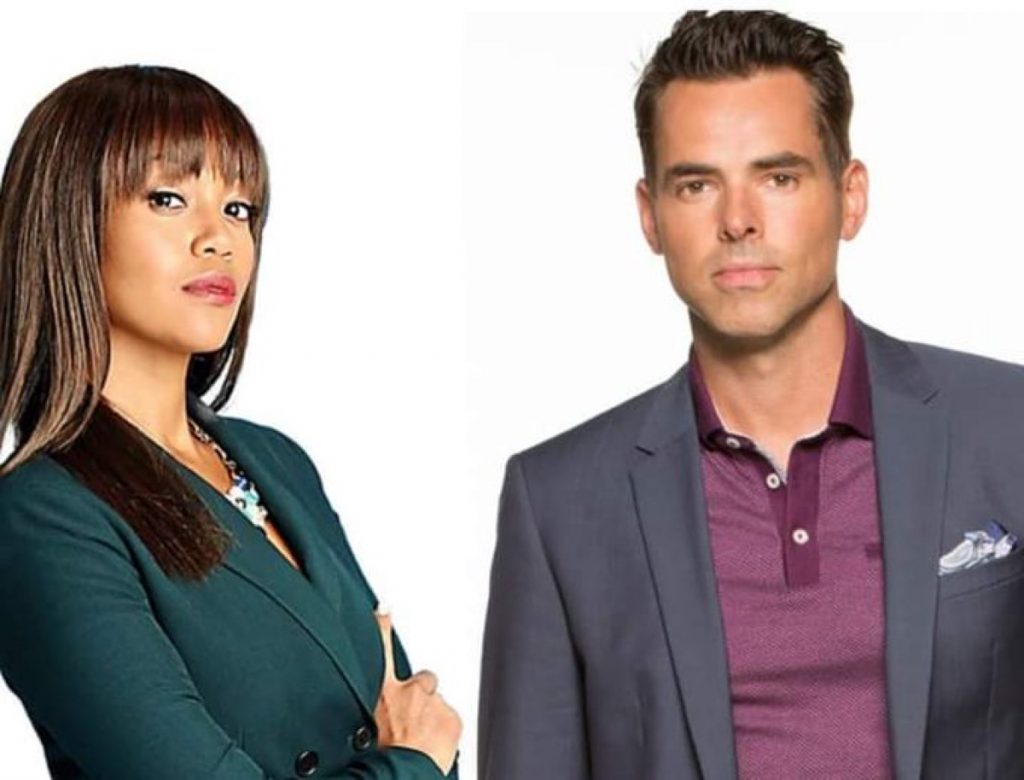 The three of them talk about Cassie Newman (Camryn Grimes) around the table. Sharon thinks Cassie must be looking down on them feeling grateful that they found one another. Later, Mariah speaks with Sharon alone. Sharon brings up Tessa going on tour with her ex-husband, Tanner Watts (Chase Coleman), but Mariah’s find with it.

Since Tessa’s going to be away for a while, Sharon expects lots of mother-daughter time and memory-making. At Crimson Lights, Nate Hastings (Sean Dominic) has a meeting with Devon Hamilton (Bryton James), Elena Dawson (Brytni Sarpy) and Nick Newman (Joshua Morrow). He hears their pitch about overseeing the protocol for the New Hope clinic and says it’d be an honor.

At home, Tessa checks Tanner’s text. He hopes Tessa’s packed and notes that a car’s being sent over. Tessa texts back about this once-in-a-lifetime opportunity, but she looks sad as she spies her empty suitcase. Later, Devon stops by. Tessa points out that although things haven’t always gone smoothly between them in the past, she’s grateful for his approval now and wants him to look after Mariah.

Mariah comes home and is surprised when Devon hands over a birthday present. After Devon leaves and the car arrives, Tessa confesses she’s not ready to go. Mariah reassures Tessa before they share a farewell kiss. Tessa tearfully struggles to let go, but Mariah again reassures her. They blow another kiss to each other as Tessa heads out the door crying. Mariah eventually closes the door and leans against it as she weeps.

Next, Phyllis Summers (Michelle Stafford) gets to know Amanda Sinclair (Mishael Morgan) a little better at Society. They acknowledge how driven they both are, and Phyllis ultimately points out that being her friend is never boring. Amanda is curious about Phyllis marrying into the Abbott and Newman families in the past. Phyllis praises Nick, Jack Abbott (Peter Bergman) and Billy Abbott (Jason Thompson) as good men at their core.

Over with “Chance” Chancellor (Donny Boaz), he fills Abby Newman (Melissa Ordway) in on a new job offer that came along. Chance then looks at Amanda nearby. After Billy texts Amanda to meet up, Phyllis calls for a favor and Abby’s summoned to the Grand Phoenix.

That gives Phyllis an opportunity to offer Chance a drink. Chance can see right through Phyllis and her tactics, but he agrees to the drink anyway. Phyllis makes things interesting and he’s got time to kill.

Back at the cottage, Nick shows up to do some reminiscing with Sharon. They both miss Cassie and look at old pictures. Sharon gets emotional about how Cassie should still be there, but she shifts gears and decides they should focus on happy memories. She’s pleased to hear about Nick having something to look forward to with New Hope. Sharon just wants tomorrow to be better than yesterday.

Once Sharon’s alone, she takes a call about her biopsy tomorrow. Rey Rosales (Jordi Vilasuso) walks in and comments on how overwhelmed Sharon has seemed lately. He wants honesty, but Sharon mentions Cassie and notes that she’s just been getting reminders of how precious time is.

The Young and the Restless Spoilers: Is Sharon Newman The Right Person For The Breast Cancer Storyline? https://t.co/m6YOj66nMt pic.twitter.com/n4t6mS3ZjA

At the dive bar, Billy’s apologetic for not giving Sharon the real story at the coffeehouse. Amanda asks why Billy didn’t tell the truth, but he just didn’t want Sharon to wonder about them. After Billy complains about Victoria Newman (Amelia Heinle) trying to fix him, he pushes Amanda to share. She opens up about the controlling ex that she once through was her soul mate.

Amanda confesses that the changes were subtle, but their relationship fell apart to the point that she had to get an order of protection. After Amanda admits her ex got one as well, Billy thinks that’s ridiculous. Amanda feels the truly absurd part was not seeing any of this coming. She suggests Billy can understand now why she’s not eager to start a new romance, although she likes meeting new people.

Billy toasts to friendship with Amanda, but his thoughts leave him wondering why he feels like he’s crossing a line. The Young and the Restless spoilers say some great scenes are coming up. We’ll give you updates as other Y&R news and rumors emerge. Stay tuned to see what else is brewing in Genoa City.