The Young and the Restless Spoilers: Sparks Between Nick and Phyllis Are Troubling – Phick Fans Disagree 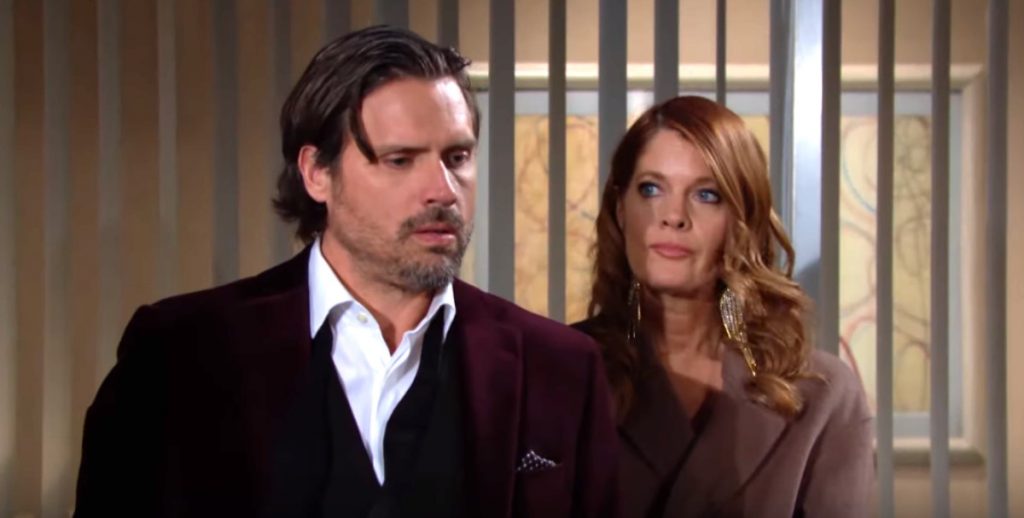 The kiss Phyllis Summers (Michelle Stafford) gave Nick Newman (Joshua Morrow) at the gala held in Victor Newman’s (Eric Braeden) honor is troubling on ‘The Young and the Restless’. But fans of ‘Phick’ don’t feel that way.

Phyllis’ goal is to reclaim what she sees as her rightful place in Genoa City, Wisconsin. That subjective effort goes beyond business, as she’s also seeking love.

The Young And The Restless Spoilers – Phick’s Past Signals Future?

It’s reasonable to predict that Phyllis and Nick are in the process of reconnecting when considering the various times that they’ve been together in the past. Current developments date back to last summer when Phyllis began to reestablish trust with Nick.

Her efforts to sell Dark Horse properties, that were then under Adam’s control, to Vickie Newman (Amelia Heinle) meant a lot to Nick, as he’d purposely weaseled them away from his father as part of a revenge attack business plan. Sporadic periods of flirting with Phyllis followed thereafter.

Of course, their eternal bond is through Summer Newman (Hunter King). But having a daughter is hardly the reason why Nick is clearly evidencing fondness toward Phyllis now.

Young and the Restless Spoilers: Devon Hamilton Is Getting His Money Back!https://t.co/8fcNXNow9l

Y&R Spoilers – What Are Each Person’s Alternatives?

Nick could likely bond with a variety of impressive ladies. But he’s been drawn on various occasions to the dangerous side of Phyllis’ nature, as seems true again.

Sharon Newman (Sharon Case) was the first person to recognize that Nick felt compelled to be with Phyllis. That realization took hold after Cassie Newman’s (Camryn Grimes) tragic death in 2005, which sparked the initial edition of ‘Phick’.

Phyllis doesn’t seem to have any alternative romantic options, or she isn’t choosing to create them. Her focus has been on Nick for a while, with early action in 2020 indicating that he’s her only target.

The Young And The Restless Spoilers – Phick Predictions Aren’t Clear

It would be easy to say that this former couple will reunite, potentially remarry, and then split dramatically. But patterns, even if repeated, aren’t exactly in the daytime world.

Phyllis’ effort to take full control of the Grand Phoenix Hotel puts her at odds with four people, two of whom are Nick’s siblings. Adam and Abby Newman (Melissa Ordway) aren’t Phyllis fans.

Grossman’s character is telling Chance Chancellor (Donny Boaz) that Phyllis will overreach, as she has in the past. So, they shouldn’t be worried about her as a threat.

Abby fears that Phyllis is going to push her out of the forced hotel partnership. Nick doesn’t care about Adam but is protective of his younger sister. ‘Phick’ fans, with whoever they are, likely wouldn’t agree, but Nick should also be protecting himself as he considers getting involved with Phyllis.

Days of Our Lives Spoilers: Victor Pressures Will Not To Expose Maggie – Victor and Xander Confronted