The Young And The Restless Spoilers: Rey And Nick Should Be Jealous – Adam And Sharon Are Explosive Together 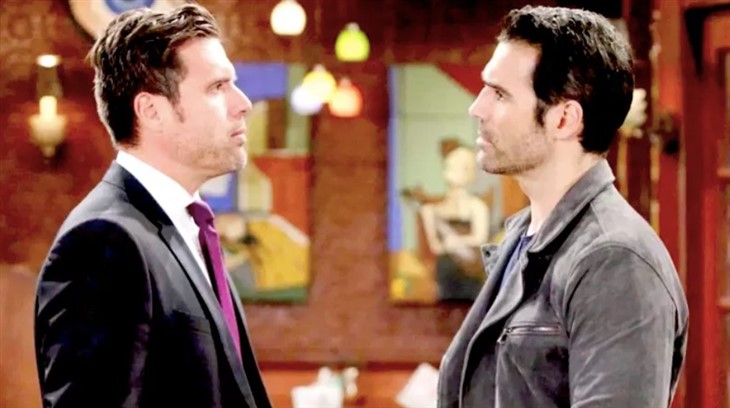 CBS The Young and the Restless spoilers document that Rey Rosales (Jordi Vilasuso) and Nick Newman (Joshua Morrow) will commiserate about Adam Newman’s (Mark Grossman) forced insertion of himself into Sharon Newman’s (Sharon Case) life. They are right to be concerned, as the former Shadam has a checked personal history.

Whether Y&R is actually teasing the start of a reunion between Sharon and Adam is very intriguing. Fans likely feel that the door has been opened and with that natural speculation exists.

Let’s be honest. Shey is a nice couple. But is it greater than Shick, or Shadam? Of course not.

Time alone makes the comparison to either of Sharon’s greatest loves a bit unfair, as it’s possible that Rey could develop into an enduring soulmate. But there’s a case to be made that this relationship is a bit bland, indicating that there isn’t depth and therefore won’t lead to longevity.

So, Adam’s recent drop into the cottage will either serve to cause trouble between Shey that leads to a breakup or cement the connection. Marriage could then become possible as well.

Instead, Rey has heard about Adam’s history. As one of Genoa City, Wisconsin’s, top law enforcement officials, he’s also well aware of the intricacies of Adam’s lengthy rap sheet.

Sharon is dealing with the fluid cancer situation. She doesn’t need any upset from other areas of life, or from her past life. So, Rey’s assessment of Adam as a true source of legitimate danger is not some projection of overprotection either.

The Young And The Restless Spoilers – Sharon Newman Makes This Call

Adam does have an unusual effect on Sharon. She’s drawn to his chaotic personality. Sharon has also been open about a section of her heart being reserved for this particular man.

Sharon has learned how to deal with post-marriage Nick. They have children together, which keeps them connected. Rey is the new guy, who she genuinely cares for.

But does Sharon care for Adam more than Rey? That’s the unanswerable question as summer begins to yawn on Y&R.