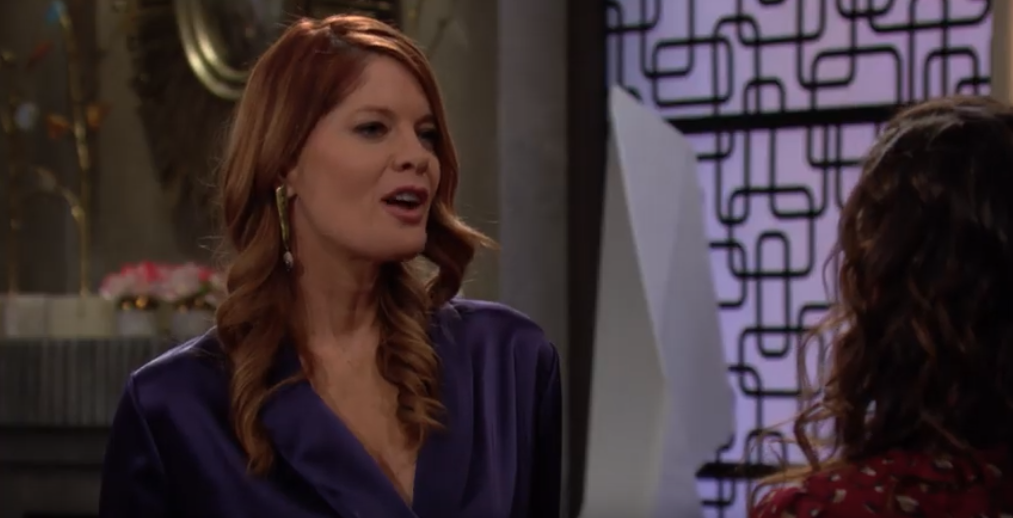 The Young and the Restless spoilers tease that exes Phyllis Summers (Michelle Stafford) will be getting very up close and personal with Nick Newman (Joshua Morrow) in the coming weeks. But is this true love for the ex-partners or is this all part of Phyllis’ bigger plan in the long run? That’s what fans want to know. Read on for all of the latest spoilers.

It’s no secret that Phyllis and Nick have been getting along very well lately. That’s because the two of them are in different places in their lives and most importantly, they both have a mutual respect for one another. But are they ready for a new romance? That’s what it seems like.

Joshua Morrow, who plays Nick on the hit CBS soap, puts it this way to Soap Opera Digest in a new interview, “Nick doesn’t know what’s going on except that those two have been at each other’s throats for a while. He likes to tease Phyllis, so he tells her that he’s pretty confident that whatever they were arguing about, she’s to blame. He knows who she is and it’s not a surprise whenever she stirs up the pot with someone.”

The Young and the Restless Spoilers: What’s Next For Phyllis and Nick?

The Young and the Restless spoilers also tease that when Phyllis comes up to Nick and suddenly kisses him, it definitely surprises him. But, there’s also a very good chance that he is more intrigued than anything else. After all, if there’s one thing that we have learned about Nick Newman over the years it’s that he’s someone who can’t stay single for very long. But with that said, he also knows that Phyllis is a woman that loves to flirt and at the same time, someone who can’t be trusted for very long, either. Needless to say, The Young and the Restless fans will have to tune in to find out what will happen next!

In the meantime, come back right here for all the latest news and updates on The Young and the Restless, The Bold and the Beautiful, General Hospital, and Days of Our Lives.