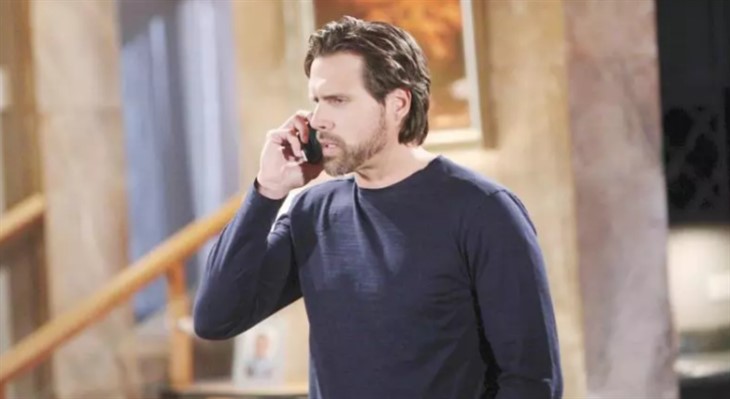 CBS The Young and the Restless spoilers document that Nick Newman (Joshua Morrow) has never forgotten the insight he gained about his father when he and Victor Newman (Eric Braeden) visited Albert Miller (the late George Kennedy). So, it’s possible that Nick’s experiences will allow him to encourage a more peaceful coexistence with Adam Newman (Mark Grossman).

While Nick has engaged in many battles with Victor through the years, his true feelings emerge whenever his detested brother, Adam, is pursuing vengeance against Victor.

This week’s classic episodes include the famous scenes where Victor confronts his father, who abandoned his mother, brother, and himself when he was a child.

Young And The Restless Spoilers – Eric Braeden’s Most Treasured Scenes

The character that Kennedy portrayed on two occasions (2003 and 2010) truly represented the definition of ruthless, which was one of the tags applied to Victor through the years. Albert’s cold-hearted choice to abandon the Miller family eventually forced his wife, Cora Miller (Dorothy McGwire), to put Christian Miller (which is Victor’s real first and last name) and her other son, Matt Miller (Robert Parucha), in an orphanage.

In his 2017 autobiography, I’ll Be Damned, Braeden cites his scenes with McGwire and Kennedy as the best of his run on Y&R. He noted that the tears viewers witnessed in those scenes were real. Braeden also said that he became personal friends with Kennedy and was impacted by the actor’s 2016 death.

Braeden’s desire to have Victor’s backstory fleshed out was backed by Y&R’s co-creator Bill Bell during the character’s early development in the 1980s. That led to the orphanage storyline being created, along with Cora’s 1984 appearance in Genoa City, Wisconsin.

An interesting crossover between art and life also includes the many references Braeden makes to his own son, Christian Gudegast, in the autobiography. Fans recognize the significance of the link, as Victor’s true first name is the same as Braeden’s real-life son and Nicknamed his second-born son Christian in honor of Victor.

Kennedy returned to the cast for an episode in 2010. Albert’s spirit visited Victor during a Christmas Carol themed show and encouraged his son to make peace with his family.

The Scrooge label surely fit Albert, who was seemingly destined to roam the earth due to his life’s sins. Digitally skipping a decade ahead to modern-day GC, Adam is clearly cast as the Ebenezer character now.

Nick’s push, in the proposed storyline, wouldn’t be for Victor to see Adam in a new light, as their father has mellowed significantly in recent years. Plus, Victor just revealed the significant steps he took to protect Adam from facing the consequences of what happened in Kansas years ago. Instead, Grossman’s character would be the wake-up call target.

The Young And The Restless Spoilers – Two Murders Create Opportunity

If Nick learns what Adam did in Kansas and about the other murder he committed in Las Vegas, Nevada, he’d likely be set to urge lifetime imprisonment. But an unexpected choice can be made if Morrow’s character takes a breath and thinks about what happened when he and Victor visited Albert.

The Young and The Restless News Update: Peter Bergman Reveals What He Has Been Doing During The Pandemic #yr #youngandrestlesshttps://t.co/0hZhznkJuz

If anyone can relate to Adam’s mixed feelings about Victor it’s Nick. That unique position might allow Victor’s older son to employ tough love. If successful, Adam will take the advice, stop fighting Victor, and avoid the terrible outcome that was realized with Albert.