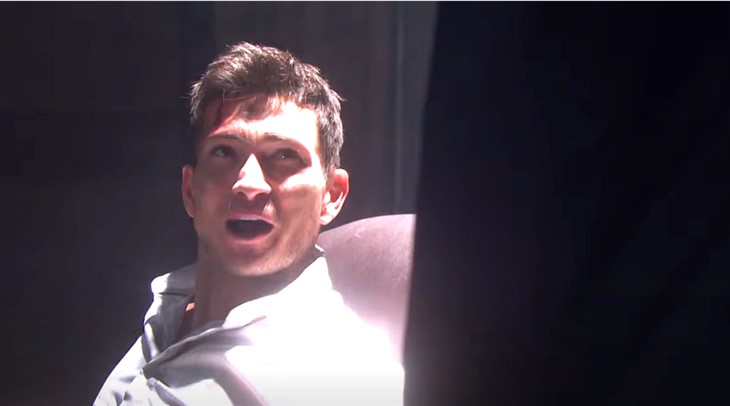 Days of Our Lives spoilers reveal that on Wednesday’s episode, we finally got some answers. One of these includes who is holding Ben Weston (Robert Scott Wilson), the hostage. However, it is not the same person who bombed the wedding and kidnapped the groom. Keep reading to find out more about this storyline.

Days Of Our Lives – Who Bombed the ‘Cin’ Wedding?

DOOL spoilers reveal that many viewers thought Eduardo Hernandez (A Martinez) bombed Ben and Ciara Brady’s (Victoria Konefal) wedding. They also thought it was him who kidnapped Ben and threw him in the trunk of a car. While Eduardo could still be part of this story, a man named Vincent (Michael Teh) actually did all the dirty work. He told Ben that he was paid to do it and began to inflict physical pain until he was stopped by his boss.

Days Of Our Lives Spoilers: Nicole Urges Allie To See Her Baby Boy, But Why The Push?

DOOL Spoilers – Who is Vincent Working For?

The person who stopped Vincent from breaking Ben’s bones was none other than Eve Donovan (Kassie DePaiva). She came out to expose herself wearing a long, red dress. Of course, fans know why she would want to hurt Ben. During his stint as the Necktie Killer, Eve’s daughter was one of the serial killer’s victims. All of this time, Eve has wanted justice for Paige Larson’s (True O’Brien) death.

Days Of Our Lives Spoilers – Eve Donovan Not Alone?

Days of Our Lives spoilers indicate that Eve didn’t come up with his elaborate plan all on her own. With it being confirmed that Eduardo is coming back, we wonder if the two are actually working together. Eduardo might not have had a relationship with his daughter, but he mourned the loss of Paige. He wished that he could have had the chance to get to know her and that was stolen from him.

DOOL Spoilers – What About Orpheus?

Back in Salem, Ciara finished up interrogating Clyde Weston (James Read). He let her know that Orpheus (George DelHoyo) disappeared from the prison system a few weeks prior. However, Clyde doesn’t know what happened to him or where he went. He let it be known that it’s possible Orpheus didn’t escape but might have struck a deal and could be in the witness protection program.

Days Of Our Lives Spoilers: Clyde’s Fury Unleashed – Targets Eve After Her Attack On Ben?https://t.co/tAwZMAk9lU

With Orpheus being mentioned, is it possible that Eduardo, Eve, and Orpheus are all somehow working together? Or was the name drop just to confuse us? We will have to keep watching the NBC soap opera to see how this story plays out.

Days Of Our Lives Spoilers Next Week: John’s In Big Trouble, Belle Tries To Keep Him…

Days Of Our Lives Spoilers Next Week: Tripp Discovers Ava Is Alive, Rages Over Being…