The Young And The Restless Spoilers: Nick And Phyllis Split Up When New ‘Y&R’ Episodes Return? 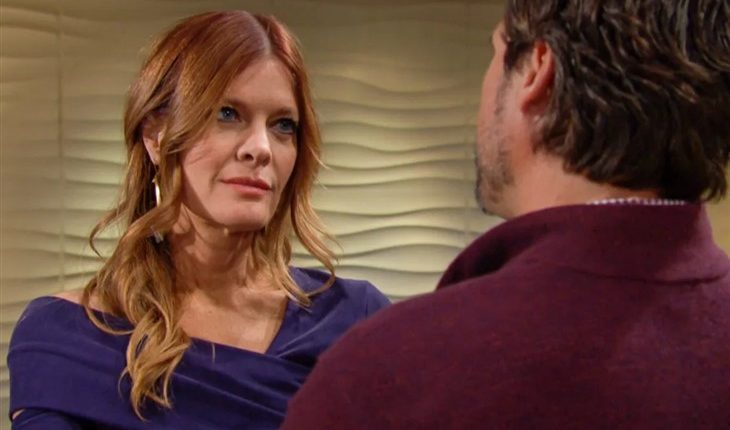 CBS The Young and the Restless spoilers hint that Nick Newman (Joshua Morrow) and Phyllis Summers (Michelle Stafford) may be headed towards another end when episodes return. Nick and Phyllis have had their fair share of relationships with each other that usually came to an end.

However, this has not stopped them or discouraged them from deciding to get back together every time. This was seen when the two decided to start up another relationship before the Young and the Restless ran out of new episodes. It could be that the couple will not survive once new episodes come back to the screens of Y&R viewers.

As viewers know, Phyllis and Nick have a history with each other, which may lead some to think that they should be together. However, this could also just prove that the twos’ reunion is destined to fail. Phyllis is always up to something which could clash with Nick’s ideas on how things should be handled, not to mention Phyllis’ ongoing battle against Nick’s sister, Abby.

The battle between Phyllis and Abby Newman (Melissa Ordway) could cause problems for Nick and Phyllis in the new episodes. As it is clear that the two are willing to play dirty to get what they want, and at the moment, they want to take each other down. This could lead to Nick having to pick a side between the two.

There is a chance that Nick will decide to take Abby’s side when the show comes back on, and it could be due to Phyllis taking things too far. If this is the case, not many characters in the show will be surprised, especially Summer Newman (Hunter King), who was not happy about her parents decided to get back together when she learned of their relationship.

The Young And The Restless Spoilers: Chelsea Unsettled By Adam’s Reveal – The Beginning Of The End? https://t.co/gLiv1hgx8j pic.twitter.com/6buUQotM61

What do you think? Do you think that Phyllis and Nick’s relationship will last or will they split up when episodes come back on? What reason do you think the two would split up for? We’ll give you updates as Y&R news comes in.

Stick with the CBS soap, and don’t forget to check SOS often for the latest Young and the Restless spoilers, updates, and news.

Eastenders Spoilers: Keegan Kills To Save Loved One? May Snap Over Bombshell