The Young and the Restless Spoilers: Mariah Not Ready To Leave Genoa City – Future With Tessa On The Line 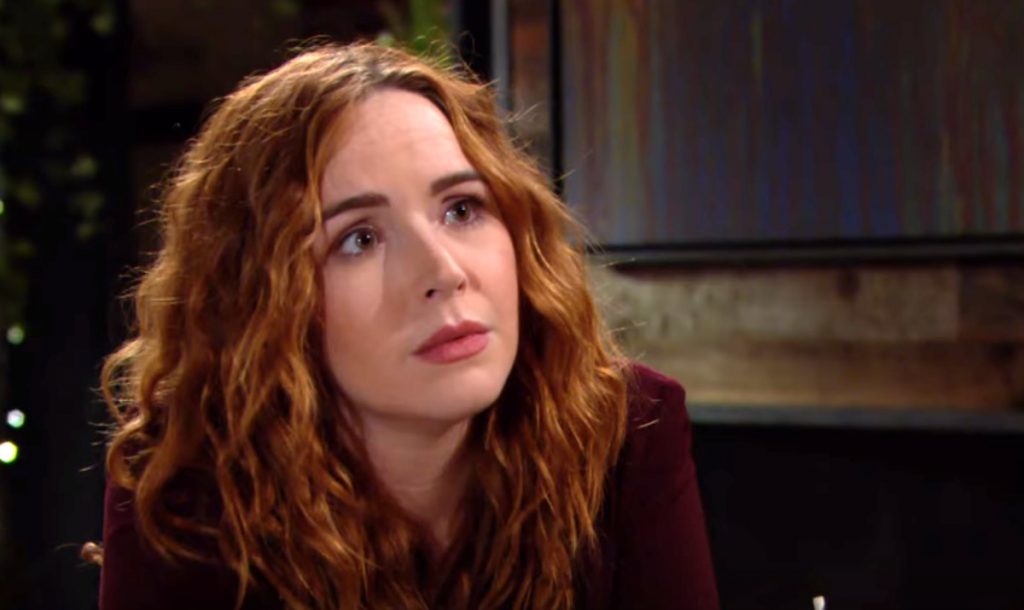 Sharon Newman (Sharon Case) has the best interests of her children in mind at all times. That’s why she told Mariah not to be so hard on herself and that persistence is important in restoring trust with Tessa.

Meanwhile, over in the airplane setting where fans routinely see Tanner and Tessa in, Coleman’s character encouraged his former wife to open her heart and look past the mistake Mariah made.

Fans see Mariah when they watch Grimes perform. Sure, hardcore fans may think about her original alter ego, Cassie Newman (Grimes’ first role on the show). But they, like newer viewers, have come to see this great actor in her current role.

Except for those instances where Cassie’s memory is projected through a dream sequence, or her spirit appears to loved ones, Grimes is Mariah. Far beyond the age difference, with Mariah being near thirty and Cassie having died as a teenager, Grimes’ acting range has allowed her to make Sharon’s originally unknown twin daughter an authentic, separate person.

Fairbanks’ debut on the show happened three years ago this month. She appeared outside Crimson Lights as a street performer, with Nikki Newman (Melody Thomas Scott) quickly taking Tessa under her wing.

Tessa’s connection with Mariah developed awhile later, which allowed each actor a chance to demonstrate their acting chops within a thoughtful storyline. Both characters are good souls whose personal link and intriguing adventures seemed jeopardized by Tanner’s relatively recent write-in to the script. However, it appears as though Fairbanks will remain part of the cast and that Grimes isn’t going anywhere either.

The Young And The Restless Spoilers – Road Trip Needs To End

Being asked by Tanner to be his opening act has been great for Tessa’s musical career. But viewers likely feel that it’s time for that road trip to end.

Here’s hoping that Tanner’s proud of Mariah, to join him and Tessa at the next stop on their tour, results in Fairbanks’ character returning to Genoa City, Wisconsin. If that happens, Mariah is likely to not accept the Chicago job, but be offered a position at Chancellor Industries working in their new media division.