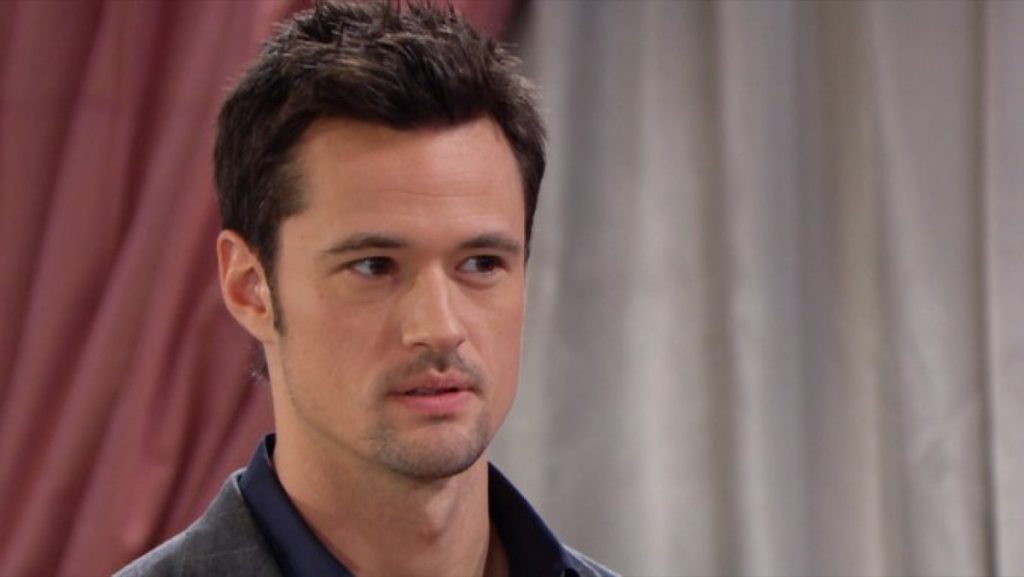 The Bold and the Beautiful spoilers are rife with innuendo about what a certain bad boy, bride-ditching cad is up to and where’s hiding out. Is it possible that he has teamed with his old buddy, and the two are plotting another vile act?

Or could Thomas Forrester (Matthew Atkinson) be much, much, closer than anyone suspects?

If so, no one is safe at this point because he’s done some pretty heinous things in the past to get what he wants and there is nothing stopping him now that he’s ben exposed.

The Bold and the Beautiful spoilers – Could Thomas be lurking close to home?

Where is Thomas now that his world came crashing down in such a public and humiliating way? Two so-called brides and a raft of others conspired to take him down and it worked in spectacular fashion. He really has no one to blame but himself for this very visible fall from grace.

The last we saw of the ne’er do well, he was hightailing it out of the scene of the crime, a trail of tears left behind him.

No one should put it past him to be lurking in the bushes, taking in all the devastation he has wrought. Was he spying on Liam Spencer (Scott Clifton) and Hope Logan (Annika Noelle) when adorable little Douglas Forrester (Henry Joseph Samiri) married the happy couple?

The Bold and the Beautiful Spoilers: Sally Spectra’s Doctor Has New Information – Is the Designer Dying? https://t.co/NMXTCVEoqe pic.twitter.com/72t3oFJx26

The Bold and the Beautiful spoilers – Is Vinny hatching a plot with his buddy to get revenge?

Then again, Thomas could be licking his wounds back at Vinny’s (Joe LiCicero) place. It really is an obvious place to look for him since Vinny was the one who went chasing after him.

In the past these two have concocted wild schemes, like drugging Liam’s drink, and they could be doing that again.

However, Vinny wasn’t on board with Thomas’ latest shenanigans so let’s hope that scenario is unlikely.

The Bold and the Beautiful spoilers – Would Thomas kidnap Douglas Forrester to get his way?

If Thomas works on his own to get payback, his friends and family should be wary. Douglas has been a favorite target of his in the past, and now is the perfect time to strike back by kidnapping the boy.

Will he sink to such a depth? He’s harmed Douglas by gaslighting him and emotionally abusing him, so Thomas is capable of anything.

In his twisted mind, it would be the perfect way to hurt Hope and Liam, although he just doesn’t seem to get that playing dirty doesn’t get him what he so desperately desires.

The Young and the Restless Spoilers: Mariah Not Ready To Leave Genoa City – Future With Tessa On The Line