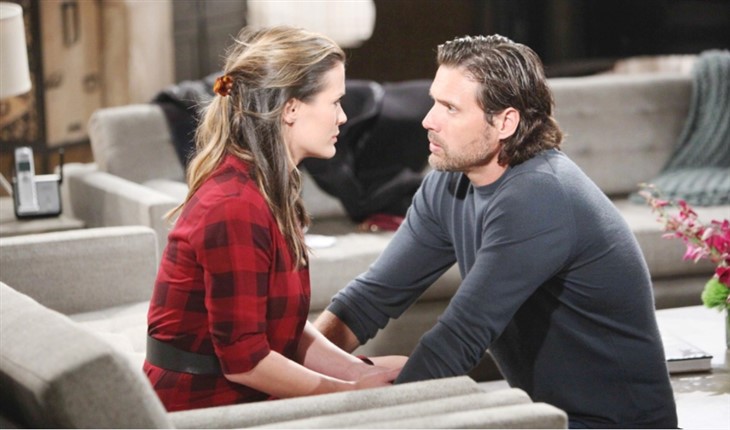 CBS The Young and the Restless spoilers reveal a possible switch up between several couples and if it happens, it will be like musical Deja Vue all over again. Our inside source at CBS is hearing rumblings that Phick, Chick, and Shadam are all in the romance Cuisinart, tumbling and blending and in general about to switch dance partners. Who ends up with whom?

If our source is right, and they usually are, two couples with tremendous history are about to get a second chance at love.

The Young and the Restless Updates – Is It Time To Stick A Fork In Phick?

For starters, our source says that Phick is done, stick a fork in them already. This could lead to a Chick reunion, but only under one condition.

Before we go there let’s examine the initial possibilities. What breaks up Phick? Then again what wouldn’t break them up at this point, they’re only in it for the lust. And that can be found just about anywhere, there’s no shortage of short-term hormone ignition in Genoa City.

If Phick Falls Through Will Chelsea Lawson And Nick Newman Reunite?

Based on what they’re hearing, our source spills that after Phick falls apart Chick hook up. What do you think of a Chelsea Lawson (Melissa Claire Egan) and Nick Newman (Joshua Morrow) redo? If it happened Nick would maybe be desperate for the company?

After all, she left him to be with Adam Newman (Mark Grossman) and he was none too happy about it. Still, he’s a forgiving, easy-going guy so we can totally see him forgiving and forgetting. Unless Sharon Newman (Sharon Case) is available!

Our source is hearing that if Chadam hooks up for the long haul, Nick has pretty much no choice but to settle for Chelsea. Everyone knows that Shick is destiny, but Chick is the second best. Therefore, if Sharon rejects Adam in the long term, she will be free and available to Nick and that is his nirvana. But if Chadam is long term, he will not return to Phyllis but rather he will rekindle a flame with Chelsea, master con, and past love.

What do you think of Y&R fans? This is a complicated scenario but it makes sense. Nick and Sharon are star-crossed lovers so would you rather see them as friends and co-parents? Be sure to tell us what you think!