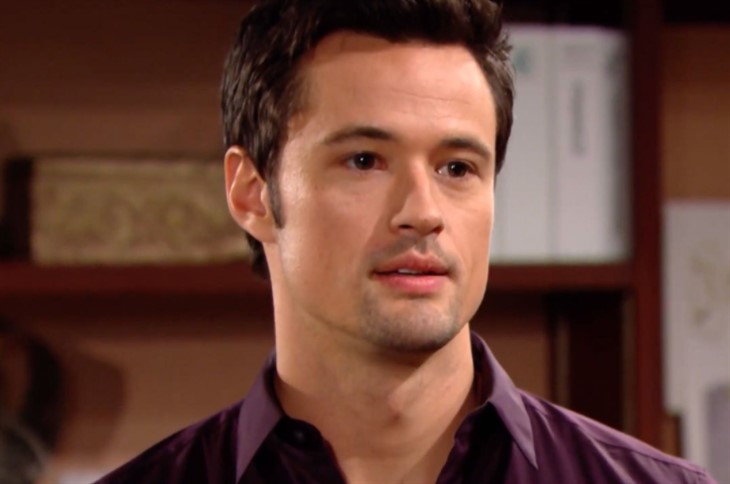 CBS The Bold and the Beautiful spoilers divulge the jaw-dropping rumor that Thomas Forrester (Matthew Atkinson) will enable his sister Steffy Forrester’s (Jacqueline MacInnes Wood) illicit drug use which leads to her addiction!

Our CBS source has heard rumblings about Thomas being actively involved in what looks to be a surefire drug addiction story for Steffy. Will he actually go so far as to be the one who feeds her painkillers and together they keep the secret?

Our source is clear that this is speculation at this point, but Thomas is back for a reason and he has made it clear that he feels awful about the situation his sister is in.

The Bold and the Beautiful Spoilers – Thomas Forrester Blames Himself

Thomas made it very clear that he hightailed it back to town when he heard that Steffy was in an accident. It truly was an accident as she was on her motorcycle and Bill Spencer (Don Diamont) hit her with his car. He was absolutely devastated but this action will lead to consequences for him as well.

Thomas said that he blames himself for what happened to his sister because he was not around to protect her. His reasoning makes no sense, he could not have jumped from the corner to save her from a collision but his statement perfectly sets up his guilt which could lead to his doing anything he can to make her pain free.

To this end, he brought her flowers from his drug dealer friend Vinny Walker (Joe LoCicero) and said Vinny has a crush on her! We would have to be wearing earplugs and playing Fallout on our phone not to have heard or seen the huge message being dropped here!

Additionally, Thomas went on and on about the huge connection he and Steffy share. This would lead anyone to want to make life good again for their loved ones. How you may ask, does enabling drug use make life good? It doesn’t, but clearly Thomas is so wracked by guilt, needing redemption and wanting to be welcomed back to his family after the horrible past behavior that he is vulnerable to rash action and poor judgment.

The Bold And The Beautiful Recap & Spoilers Tuesday August 11: Ridge Gets Bad News, Wyatt And Flo Hit The Sheetshttps://t.co/Ny1MZ5gwS5

Which is why he was gone in the first place. Maybe he should have stayed gone if what our source is hearing is true?