The Young And The Restless Spoilers: Elena’s Fears Amanda Reveal – Devon Can’t Know What Comes Next 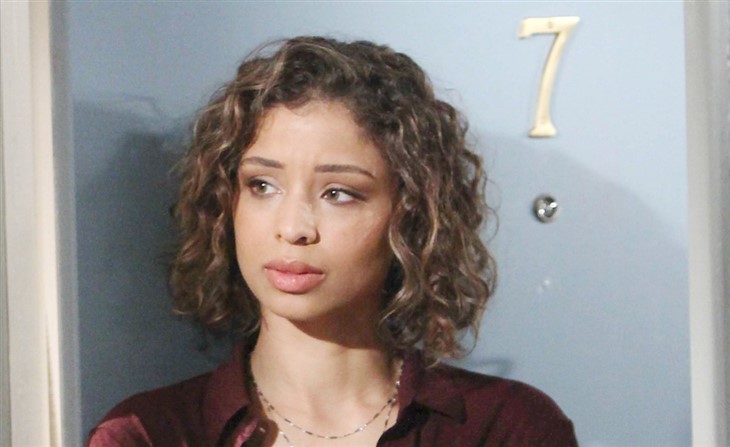 CBS The Young and the Restless spoilers document that Elena Dawson (Brytni Sarpy) is frightened. She has understandable, justified concerns about what impact Amanda Sinclair’s (Mishael Morgan) DNA test results will have on the man she loves.

Devon Hamilton (Bryton James) believes that Amanda deserves to know if she’s related to Hilary Hamilton (Morgan’s original Y&R character), or not. He recognizes that answer will have an effect on him. But Devon has no concerns that news, whatever it is, will change his relationship with Elena.

The Young And The Restless Spoilers – Old Feelings Reopened And Transferred

Elena is convincing herself that Devon’s feelings for his late wife will be transferred to Amanda if she proves to be Hilary’s identical twin sister. That perception could be realized, but in a way that Elena doesn’t anticipate.

Her insecurities are showing because she seemingly hasn’t been involved in a relationship that’s reached the level that’s been achieved with Devon. So, Elena doesn’t have comparable situations.

Just because Amanda looks like Hilary and even if they are confirmed as sisters, doesn’t create a certainty that Devon will stop loving Elena. He might, but the chance of that happening would be increased if Elena pushes him away.

Y&R Spoilers – Fears Persist Even If No Link Proven

In the unlikely event that Amanda isn’t confirmed as Hilary’s sister, Elena could go on believing that the mere physical resemblance will eventually wear Devon down. That line of thought is plausible based on Elena’s conversation with Nate Hastings (Sean Dominic).

Nate heard Elena talk about Amanda’s face, which is a copy of Hilary’s. The inside joke viewers are in on is that Morgan is playing a secondary role. But this issue isn’t a joke to Elena.

Devon’s move toward marriage might ally Elena’s fears. But she might also react negatively when having had time to think about why Devon chose this particular time to advance their relationship.

If Amanda is Hilary’s sister, as sees likely to be revealed due to teased information, then Devon will be tied to her. His sister-in-law has a much different personality than Hilary because her life has been different.

Devon will surely grow closer to Amanda. But at the moment she has what could be described as the romantic interest in Billy Abbott (Jason Thompson) and Nate. So, no love match should instantly spring to life. But this is daytime, so over time, anything is possible, which is what Elena fears.