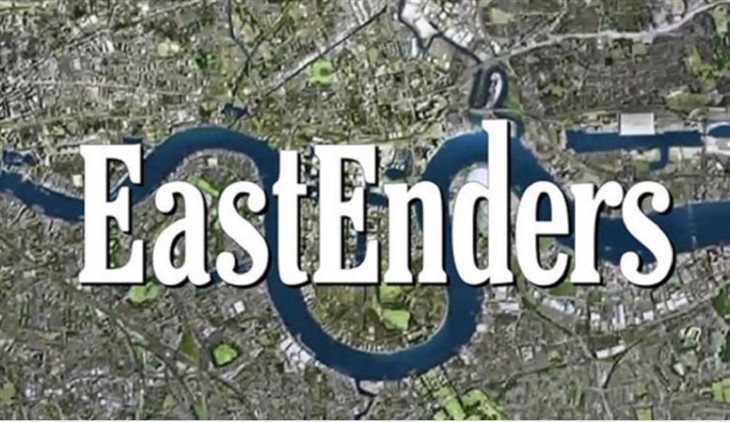 BBC EastEnders spoilers indicate that the characters of this fictional town of Walford will be seeing their own quarantine lockdown in upcoming episodes. But it won’t be like the one that millions of people from all over the world experienced back in mid-March because of the global pandemic that has been the coronavirus.

However, it will be similar, as the producers of the hit BBC soap say that they are hoping that their new lockdown domestic abuse storyline will help save lives. Here’s what you need to know.

According to Reuters, EastEnders will broadcast a tragic storyline that they are hoping will be invaluable to their viewers. Abusive husband Gray Atkins (Toby-Alexander Smith) will murder his wife, Chantelle Atkins (Jessica Plummer). While Chantelle has vowed to escape the clutches of her evil husband, it might be a little too late for the brunette beauty.

EastEnders spoilers indicate that Chantelle is going to try and use Mitch Baker’s (Roger Griffiths) family getaway as an excuse to leave town, but unfortunately, a snooping Gray will find out all about her plans and will try to stop her before she leaves. In fact, he will discover Chantelle’s belongings in a box stored underneath her bed. A horrified Chantelle will realize that her plan has been sabotaged but at the same time will be worried about leaving her children in the hands of her abusive husband.

EastEnders Spoilers – There’s Hope For Chantelle Atkins And Others

Reuters says that reports of domestic abuse have increased dramatically in the UK and especially during the coronavirus lockdown, as many women had no place to escape. A spokeswoman for the charity Women’s Aid Teresa Parker puts It this way, “Storylines like this have a massive impact and help women recognize the signs of abuse. Many women like Chantelle will have suffered a living hell during the lockdown. I hope the awareness raised means that more women reach out for support.”

As far as the EastEnders storyline and Chantelle’s dilemma, Plummer added, “Sadly what she goes through is all too common and her death is a reminder of the devastating effect of domestic abuse. I’ve known it wasn’t going to end well for Chantelle for a while now and although it was a shock to find out her fate, far too many men and women suffer in silence so I hope that by raising awareness we can ultimately save lives.”

Be sure to catch up on everything happening with EastEnders right now. Come back here often for all the latest EastEnders spoilers, news, and updates.

The Young And The Restless Spoilers: Elena’s Fears Amanda Reveal – Devon Can’t Know What Comes Next