The Young And The Restless Spoilers: Drama Draws Sharon Back To Adam – Chadam Not Dead Yet 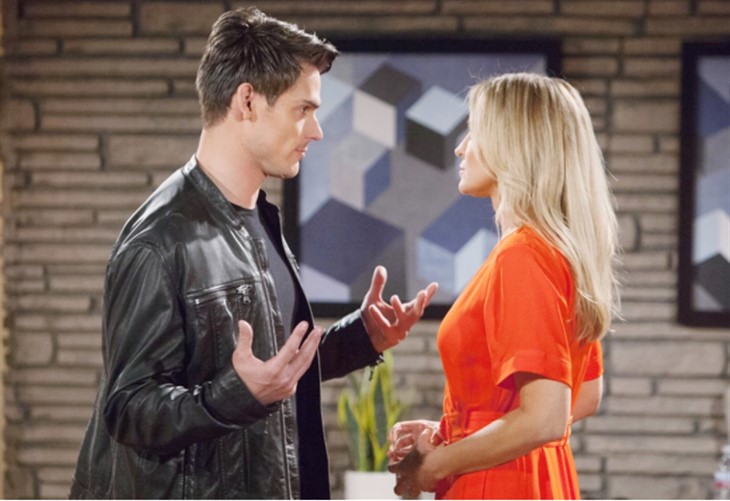 The Young and the Restless (Y&R) spoilers document that Sharon Newman (Sharon Case) just can’t untangle herself from Adam Newman’s (Mark Grossman) life. She wants to and has told everyone from Rey Rosales (Jordi Vilasuso) to Chelsea Lawson (Melissa Claire Egan) that story.

However, Shadam fans remain hopeful that the Shey wedding won’t happen, or will be short-lived. Meanwhile, Chadam fans saw a glimmer of hope in Chelsea’s eyes at the Chancellor mansion as Adam was explaining himself.

The Young And The Restless Spoilers – Kidnapping Might End Chadam

What possible reason would Chelsea have for not cutting herself off from Adam? Well, she allowed him to stay out of jail when Paul Williams (Doug Davidson) sent one of his officers to pick up Chelsea and take her into protective custody.

By not turning him in Chelsea allowed Adam to have yet another undeserved chance. Speaking of Chance Chancellor (Donny Boaz), the fact that he was badly wounded is proving to be a distraction. Adam is using the seeming attempt on his life as a pity play. But regardless, Chelsea is outraged that Adam actually had her kidnapped.

At least Adam didn’t lie to Chelsea about having her abducted. He admitted his wrong-doing and began asking for her consideration. That’s a small step, but one that must be acknowledged.

But how did Adam get into the Chancellor mansion’s living room and do so undetected? That is a reasonable question that’s best answered by saying that this is a soap opera.

Along with the above, there are no rational reasons why Chelsea wouldn’t have turned Adam into the Genoa City Police Department and then began a lawsuit where she seeks to protect her full, unequivocal custody of Connor Newman (Judah Mackey).

The Young And The Restless Spoilers – Shadow Of Shadam Persists

Shadam was a bright red sunburst approximately ten years ago. Retrospective scenes aren’t possible because Michael Muhney (Adam) portrayed Adam way back when. He was replaced by Justin Hartley (Adam), whose edition was rarely written into scenes with Case. That actor departed the cast, which eventually enabled Grossman’s inclusion.

Chelsea’s complete suspicion of Adam is justified due to all that’s happened. Plus, Sharon does appear to be Adam’s more brazen love. But Chelsea is the only living mother of one of his two sons. So, this couple’s choice isn’t clear and hasn’t yet been resolved.