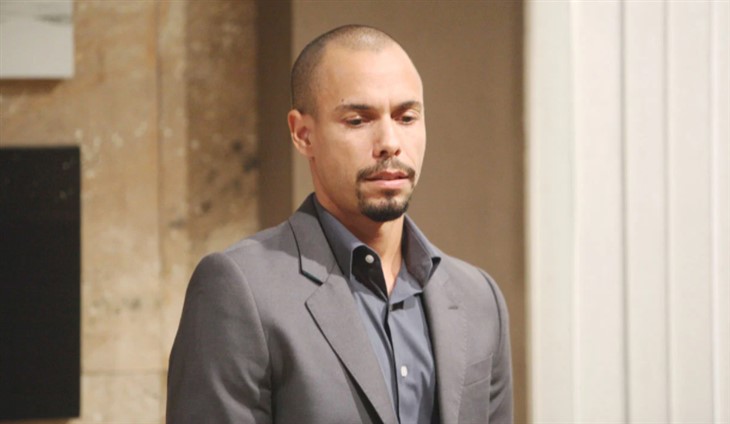 CBS The Young and the Restless spoilers document that Devon Hamilton’s (Bryton James) course reversal was unexpected. Amanda Sinclair (Mishael Morgan) thought that she’d gotten all of the information about her sister that Hilary Hamilton’s (Morgan) widower would offer.

A heartfelt talk with Nate Hastings (Sean Dominic) adjusted Devon’s perspective. James’ character came to see that he could talk to Amanda without reopening his own emotional wounds. The subsequent call to Morgan’s character led to her return to the penthouse, as Y&R’s flowing storyline evolves.

The Young And The Restless Spoilers – A Long Time Since Hevon

It seems like so long ago that Hilary died. But it was only two approximate years on the calendar. Soap opera time might mark that tragic event as farther back.

Hevon was one of Y&R’s top couples in the 2010s. Morgan’s addition to the cast, pairing with Kristoff St. John (Neil Winters) and then James created terrific daytime drama.

As Hilary’s full arc played out, it was hard for Devon to deal with the death of Hevon’s unborn child, due to the accident Lily Winters (Christel Khalil) caused. Then, Hilary passed just days later. But Devon came to grips, with Elena Dawson’s (Brytni Sarpy) loving help proving crucial.

Elena has received a number of gut punches since Amanda arrived in Genoa City, Wisconsin, last summer. The shock of seeing Amanda’s face led Elena to naturally fear Devon would fall for her. That concern was generally allayed due to Amanda’s work for Colin Atkinson (Tristan Rogers).

But the end of the attorney’s efforts didn’t lead her to leave GC. Instead, she stayed and then actually began to form friendships with Elena, Devon, and Nate.

Sarpy’s character has once again been upset by the lingering memory of Hilary. Devon’s tell Amanda, about Hilary being the woman he loved more than any other, was painful because it represented the truth. So Elena’s current uncertainties about Devon’s stability and their future together aren’t misguided.

The Young And The Restless Spoilers: Billy And Amanda Destined To Be Together?https://t.co/AxVLoQefab

Amanda needs to confirm what happened to her in the immediate time after she was born. While her mother’s identity appears to have been determined, her father’s background remains open.

Instead of Billy Abbott (Jason Thompson) serving as Amanda’s only guide on this personal trek, it seems as though Devon and possibly Nate will also accompany her. Elena is smart and insightful. So, she should choose to be involved as well.