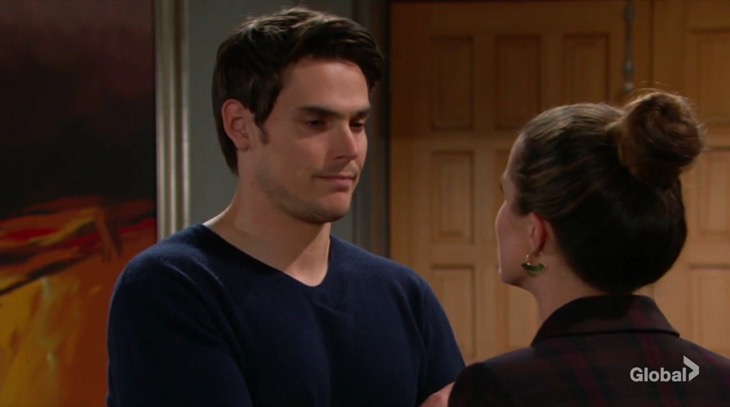 The Young and the Restless spoilers tease that Chelsea Newman (Melissa Claire Egan) and Adam Newman (Mark Grossman) will put on a united front to get what they want: and that’s to destroy his father Victor Newman (Eric Braden) and Newman Enterprises. For a lot of fans, it’s been a long time coming and while Adam has attempted this several times in the past, he’s finally got a winning chance. Here’s what you need to know.

The Young and the Restless Spoilers: Chelsea And Adam Put On A United Front

Speaking to Soaps in Depth in a new interview, actress Melissa Claire Egan, who plays Chelsea Newman on the hit CBS soap, puts it this way, “She doesn’t like how Adam has been treated. She doesn’t like how this is a pattern in Adam’s life, which affects her life. So, instead of cautioning him away from the fire, like, ‘Oh, no, those flames are dangerous,’ she’s like, ‘Let’s bring them down together.’”

In other words, Chelsea is most definitely Adam’s ‘ride or die chic’ of the moment, which is someone who could use it in his life right now. Given how many times he’s battled his father and the rest of the Newman family on his own in the past, having Chelsea by his side is making all the difference in the world.

Melissa further added, “Adam is the kind of guy who will do what he wants to do regardless, but I do think it makes a difference that Chelsea is one his side. It’s not lost on Adam that she is taking his side instead of Nick’s, so I really think that helps Adam come to a decision.”

The Young and the Restless Spoilers: What’s Next For Chelsea And Adam?

Now, as far as what that decision will be, fans will have to wait and see. The stakes are definitely higher though than they ever were before. That’s because Adam has more people on his side now: both Chelsea and their son Connor. Needless to say, The Young and the Restless fans will have to tune in to find out what happens next!

In the meantime, drop us a line with your thoughts below. And as always, come back right here for all the latest news, gossip, spoilers, and updates on The Bold and the Beautiful, The Young and the Restless, General Hospital and Days of Our Lives.