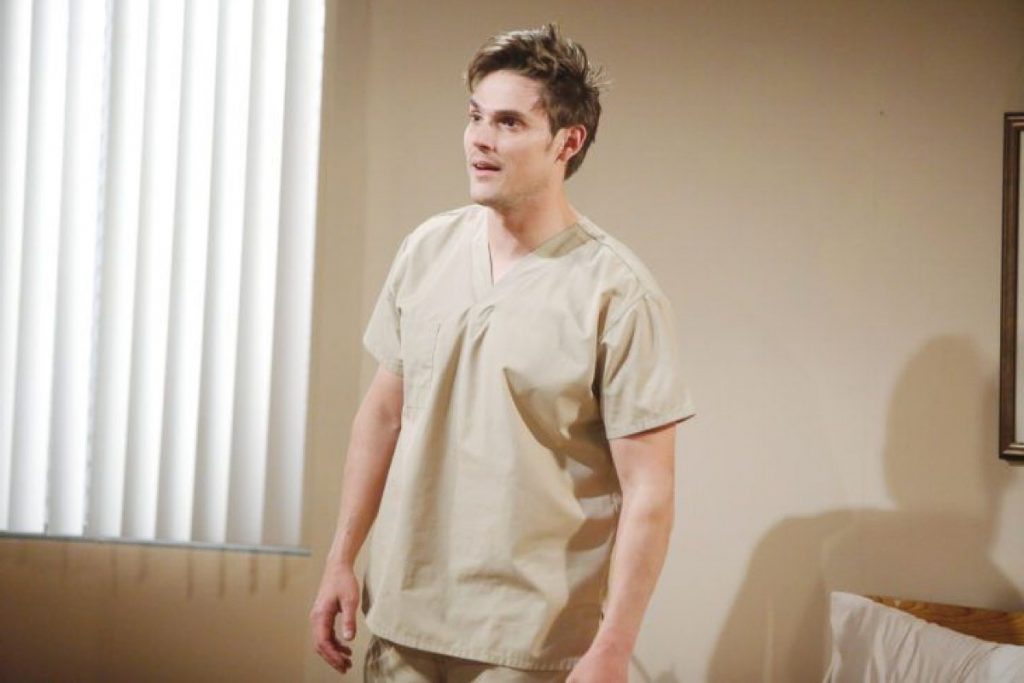 The Young and the Restless spoilers document that in Genoa City, Wisconsin Adam Newman (Mark Grossman) is currently where he should be, in a mental health facility. He’s been certifiable for an extended period of time.

Adam managed to do the impossible, he’s turned his father, Victor Newman (Eric Braeden), into a sympathetic figure. As viewers recall, Adam tried to kill Victor on a number of occasions, recently tried to apparently kill much of the Newman family, and is totally ungrateful for Victor having protected him in Kansas many years ago. Yet, the Moustache steadfastly stands by his estranged, ungrateful son.

It would have been absurd to think that Adam would have had Chelsea Lawson (Melissa Claire Egan) kidnapped a number of months ago. He’d seemingly gotten past his angst with Victor and was willing to try and live peacefully, though not happily, in Genoa City, Wisconsin, with the reformed Chadam family.

Then, Adam decided that Victor slighted him by giving the Chief Executive Officer’s job to his sister, Victoria Newman (Amelia Heinle). Adam used that, among other grievances, to manipulate Alyssa Montalvo (Maria DiDomenico) into exploring the Kansas case.

Adam jumped the rails after eventually learning that he, not Victor, had accidentally killed A.J. Montalvo (Marcus DeAnda). He had therapy paths open to him but rejected those options.

Whoever Adam conspired with in order to topple Newman Towers, while the Newman’s were intentionally gathered inside, remains a mystery. Possibly it was just a no-name henchman who will never be revealed to the audience.

But the actions the above person enabled for a payoff furthered Adam’s self-involved fantasy world.

The Young And The Restless Spoilers – A Glimmer Of Hope Exists

Hope Wilson (Signy Coleman) was a kind woman. Elements of her are in Adam, which is part of the reason why he’s been talking to the younger version of himself in recent weeks.

Adam actually recognizes that he desperately needs to change his life. Thankfully Victor and Sharon Newman (Sharon Case) had him committed when his willpower failed.

But Y&R is highly unlikely to shift Adam far away from the sweet spot this villainous character stood on during Michael Muhney’s (Adam) reign and has regained through Grossman’s embodiment. Adam will always plague Victor in one way, or another, even when he’s mostly rebalanced.