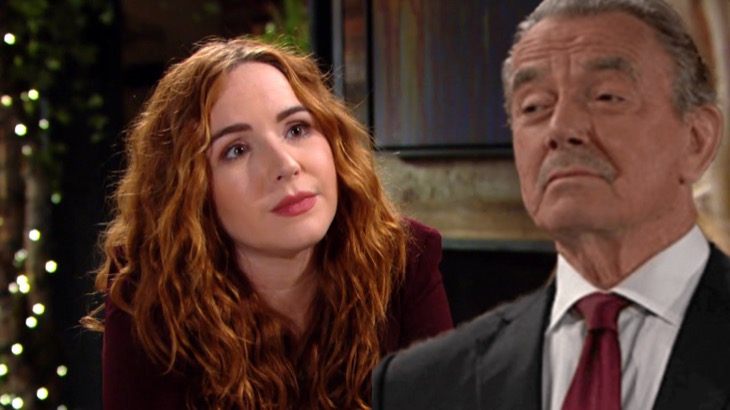 CBS The Young and the Restless spoilers and updates reveal a very sweet moment transpired when one of the youngest cast members finally met the legendary Eric Braeden in person. This little newbie had been carefully coached to be proper and serious in the company of the master actor, the man most think of as the face and essence of the CBS sudser.

So, what happened? It didn’t go as planned and the end result was a plate of spilled food and a delightful insight into Braeden’s loveable “goofball” behavior.

Camryn Grimes was that young newbie, having joined Y&R at the tender age of 7. She was first contracted to play Cassie Newman, but today fans see her as her twin, Mariah Newman.

Talking to Soap Opera Digest, she said that her grandfather had coached her before their scene, “You’re gonna meet Eric, so you’ve got to be on your best behavior. Don’t play around, be serious.”

What could possibly go wrong when you tell a 7-year old to be on their best behavior? You guessed it, mayhem ensued!

The scene was a Newman pool party, so there were lots of people around and tons of commotion. Camryn recalls carrying a big plate of strawberries and not being too careful. “Of course, I ran right into Eric,” she remembered.

“That’s right the strawberries went all over his pants and on his shoes.” Uh oh!

What happened next? Camryn said she looked up at the legend and thought. “Oh, my God, I’ve done it now.”

Eric stared down at the youngster with a serious look then broke out into laughter!

Camryn says that instance was a quintessential example of Eric’s sense of humor. She says that he has a sharp sense of humor and sometimes can’t contain his laughter during a scene.

“He’s a big goofball,” she says. Which is the polar opposite of his character Victor Newman? Cassie passed away as a child and now Camryn is portraying her adult twin Mariah.

Be sure to tune in to see encore episodes of Y&R and tell us what you think Victor and Mariah will get up to when production once again resumes!

Prince Charles Longtime Wish Has Come True Thanks to the Recent Royal Scandals, According to His Old Friend