The Young and the Restless Spoilers: Billy Dangerously Flirting With Amanda – Victoria Newman Finds Out The Truth 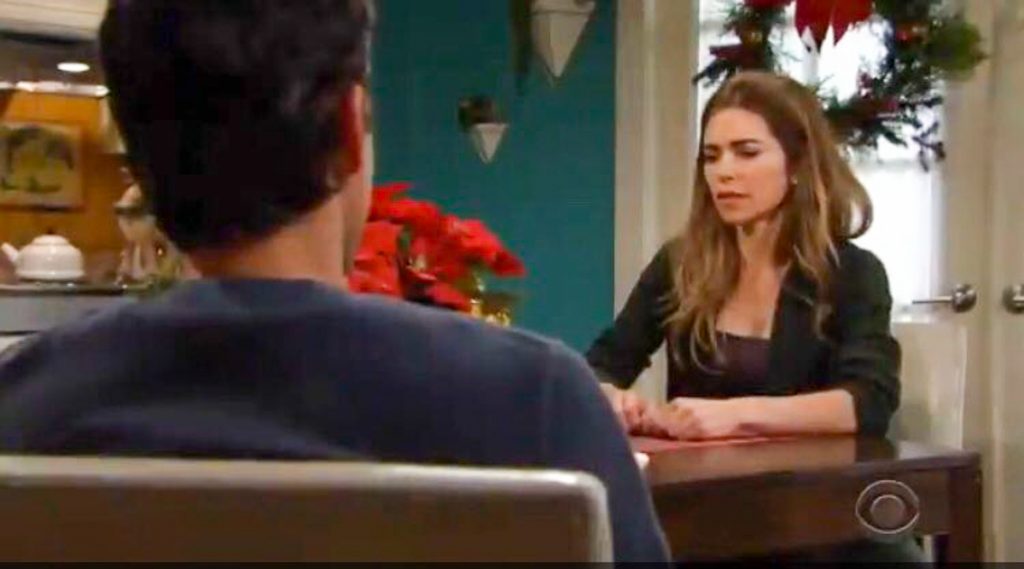 The Young and the Restless spoilers document that Billy Abbott (Jason Thompson) has, at least, slightly opened up to Vickie Newman (Amelia Heinle). He’s still not telling her the full truth, but it’s a start.

Young And The Restless Spoilers – Villy Survived The Storm

Vickie endured her own dark night of the soul. As Y&R viewers recall, the epic J.T. Hellstrom (Thad Luckinbill) adventure turned into a terror tale, complete with this character’s own undead storyline.

Billy stuck by Vickie during the depths of her mental and moral anguish, when she’d done nothing wrong except defend herself. By the end of that story J.T. was revealed to have had a brain tumor, delivering general absolution to a persona devoted fans knew wasn’t bad.

Now, after all that, Billy serving as a stalwart spouse and family man, and Vickie helping him achieve an apparent breakthrough last year at the Chancellor boat house, Y&R writes Billy off the rails again?

Having Billy fall back into his old gambling pattern isn’t what’s happening. If it were that, his addiction issue could be addressed and treated.

Instead, viewers are being asked to believe that his mid-life crisis is making him want to be with Amanda – a woman he doesn’t even know?

The projected path that Thompson’s character and Morgan’s newest alter ego appear to be heading toward, or are already on, is very negative. Both actor’s strong chops could be used in better forms. But it is fair to offer leeway, as maybe the developing arc isn’t what it seems to be.

Having the man she loves, raising the children she adores, and seeing her moniker on the primo name plate at Newman Enterprises should represent a classic triple play. But the lead to the last sentence may just be an illusion.

Billy will not be able to explain away his dalliance, if that’s what it will be, with Amanda. And he’s clearly not thinking of how the lives of Villy’s children will be brutally impacted if he’s forced to leave the house, or opts to do so preemptively.