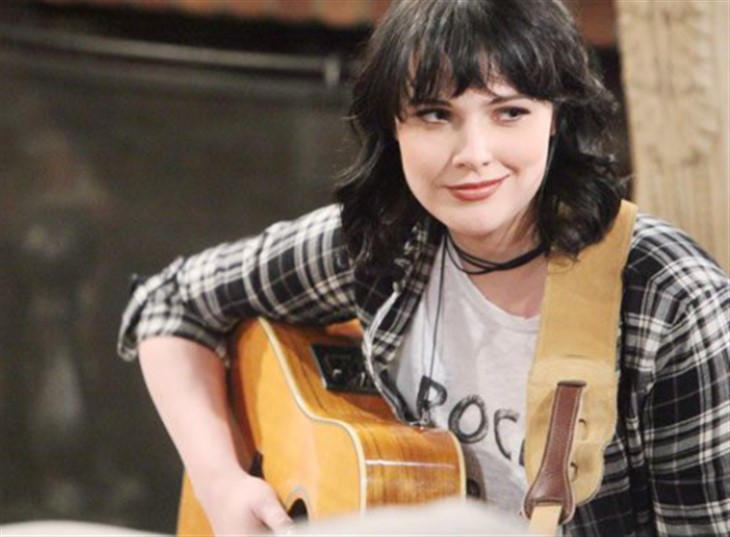 CBS The Young and the Restless spoilers tease that Cait Fairbanks (Tessa Porter) is having some fun with fans on her Insta. She is also known as Ginesse, the name in which she has released some of her music including the songs Bedford, The Inbetween, and Noise.

She posted a cute of herself standing in front of the Bedford subway stop in Brooklyn, New York with the caption, “✨ still don’t like sitting by strangers ✨.”

Her fans were quick to pick up on her musical allusion with one writing, “This song just played on my way home today ☺️.”

Another one posted, “That song ❤️This place ❤️This huge inspiration thanks to you and your endless talent ❤️wishing you all the best ❤️🌸.” 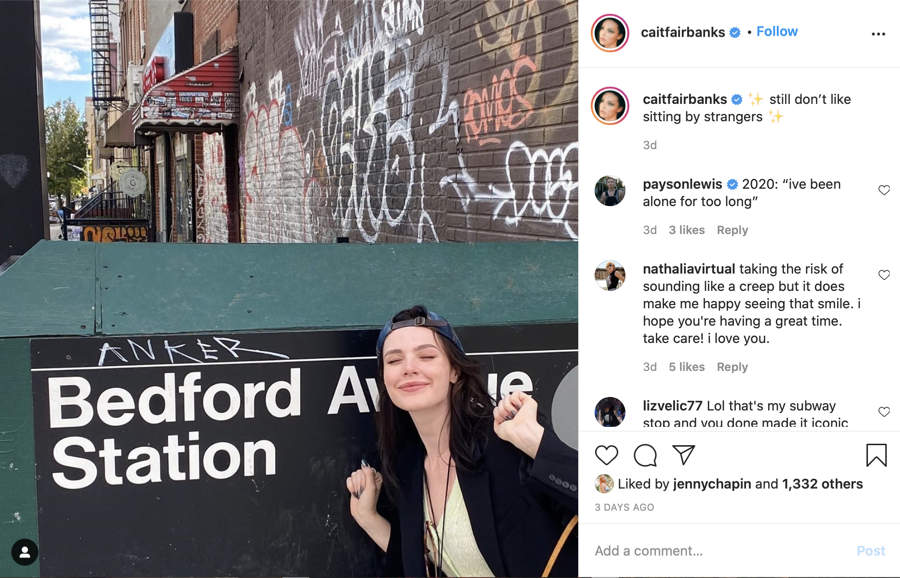 Another one asked, “will we be seeing you more on Y&R soon?”

That is a terrific question as viewers have not had a Tessa Porter sighting in some time. So, what gives?

The Young And The Restless Spoilers – What Will Tessa Porter Be Doing Next In Genoa City?

Fans know that the musically talented actress has sung on the show, and they would like to hear and see her again!

For now, it seems all is well with Tessa and Mariah Copeland (Camryn Grimes) so it isn’t that the lovebirds have had a falling out. We are seeing plenty of Mariah as she helps her mom Sharon Newman (Sharon Case) in her breast cancer recovery. Mariah has been winging it solo through town but she hasn’t been alone.

The Young And The Restless: Why Phyllis Summers Is Ready To Battle Sally Spectra (She’s Met Her Match)https://t.co/6gkx6lPBr2

She has found the time to dispense advice to a couple of friends, Theo Vanderway (Tyler Johnson) and Lola Rosales (Sasha Calle) who used to be a couple. She actually gives pretty good counsel, telling Theo and Lola what they need to hear but in a way that doesn’t make them get defensive or cringe.

Mariah is also helping her sister Faith Newman (Alyvia Alyn Lind) as she confronts bullying from her peers. All of Faith’s friends know that she was part of a baby swap case and they aren’t letting her hear the end of it. Will she go off the deep end and buckle under the pressure? Or maybe Tessa will suddenly show up to dispense some advice of her own one day soon?