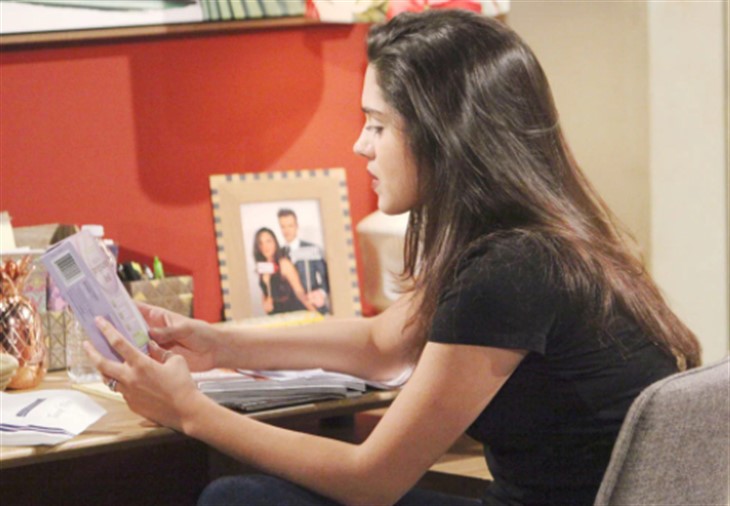 CBS The Young and the Restless spoilers tease that Kola could be a thing again and sooner than you think. It’s no secret that Lola Rosales (Sasha Calle) and Kyle Abbott (Michael Mealor) aren’t even divorced yet but’s he’s already engaged to Summer Newman (Hunter King). It’s mighty presumptuous of Skyle to flaunt their happiness around town when Lola is simmering on the back burner.

Explosive show spoilers reveal that she could be about to boil over and when she does Summer will be shocked speechless and may be left all alone.

King has a primetime show in the works and so her status on the CBS sudser has a question mark over it. Having Kola get back together would be a perfect excuse for the blonde vixen to pack her bags and leave town. Will it happen?

Lola has been moping around like a dog with a thorn in its paw. Her dark behavior has some fans speculating that she will go nuclear and turn all-out stalker on her ex.

Especially since he and Summer are flaunting their joy in her miserable face. It didn’t help that she saw them in the park getting all gooey and dewy-eyed and that on top of that her rebound guy Theo Vanderway (Tyler Johnson) has shown more interest in his work than in her.

All of this rejection points to a classic woman scorned scenario in which she goes a little cray and does everything in her power to break up Skyle. But it doesn’t have to be that complicated.

This week a Kola encounter has Theo challenging Lola to admit she still wants Kyle. Does she finally realize the truth when it’s put right in front of her?

The Young and the Restless Spoilers: Nate Respects Amanda's Twin Pain – But Will He Lose Her to Devon or Billy? #yr #youngandrestless https://t.co/2bj8IffEqZ

The Young And The Restless Spoilers – Will Theo Vanderway Get Through To Lola Rosales?

At some point, Lola will be confronted with divorce papers and it’s been hinted that in that moment of truth she will balk. If she shows the slightest interest in Kyle how will he react? On top of that half, the town is heaping scorn on Skyle for getting engaged and moving in together while he’s still married to Lola.

If his loved ones encourage Kyle to give his marriage one more shot, will he be able to resist the promise of Lola’s pierogis?