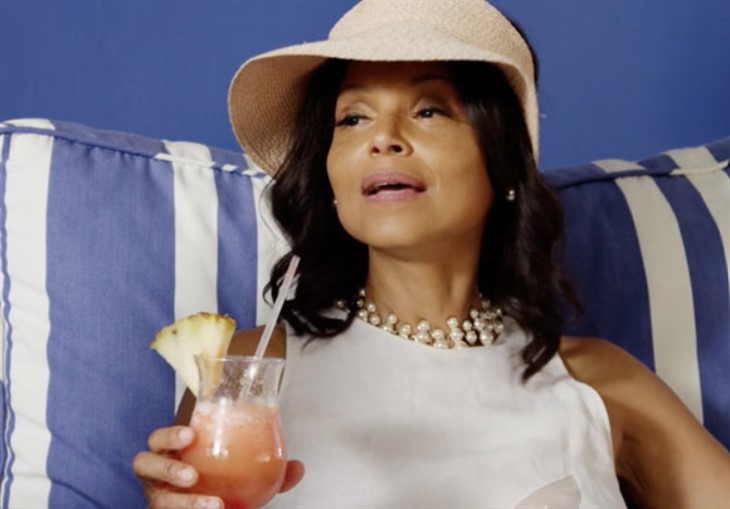 The project is The Rich and the Ruthless, and she is the show’s developer, producer, and director. The comedic web series is a behind-the-scenes soap opera that reveals what a daytime drama is really like. It is loosely based on her novel, Secrets of a Soap Opera Diva.

R&R airs on the Urban Movie Channel, and in it, Rowell and Richard Brooks play a married couple, Kitty and Augustus Barringer.

Rowell’s venture debuted in 2017 and she is now filming Season 4. Recently she went on her Instagram to give fans a behind-the-scenes look from the set.

Her caption reads, “Creating what I love! Hiring who I know can do the job in front & behind the camera. Folks love messy #soaps and asked for MORE of #therichandtheruthless so THANK YOU 🙏🏽 for watching my #EMMY nominated dram-com #therichandtheruthless for 3 Seasons on Amazon @primevideo & UMC.TV — can’t wait for you to see what I hv in store for you NEXT!”

Her fans were enthused about the sneak peek, with one posting, “Something I wish I could’ve done just a few years back “ACTING.”

The Young And The Restless Spoilers: Elena Has A Breakdown Over Devon And Amanda – But It’s All In Her Mindhttps://t.co/N55u3gqUNP

In her photo Rowell is on the set of her Emmy nominated series with two other people and everyone is wearing the required COVID safety mask.

Early scripts for R&R were written by Jamey Giddens, who also wrote Ambitions. Now Rowell is flexing her creative muscles by writing some of the scripts for the upcoming season.

Fans have not stopped wishing that Rowell would return to Y&R; will it happen? Despite the rumor mill churning away with hints of a return, Rowell herself has stated that she has no plans to return.

Be sure to catch up on everything happening with Y&R right now. Come back here often for Young and Restless spoilers, news, and updates.