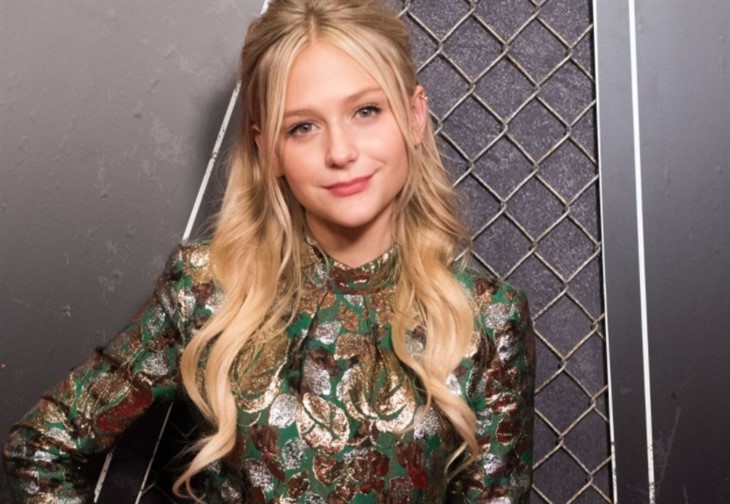 CBS The Young and the Restless spoilers reveal that Alyvia Alyn Lind has been on the show as Genoa City, Wisconsin Nick Newman (Joshua Morrow) and Sharon Newman’s (Sharon Case) daughter since the age of three. Soon after, the beautiful and talented young actress began booking jobs in film and on tv. She recently talked to Soap Opera Digest about her career and according to Lind, being busy is a pleasure, not a burden. “I get to do things that I would never do in real life. It’s just fun for me.”

Lind comes from a show biz family so her incredible talent is in her DNA. Her mom is actress Barbara Alyn Woods and her dad is Jon Lind, a director. The couple met on the set of Honey, I shrunk the Kids: The TV Show. Ironically enough, Lind’s two older sisters were already acting when she came along and her parents weren’t planning on her going into the business as well. According to her, “My pan rets decided … she’s going to be normal.” That plus the fact that they were already very busy driving their other two kids to auditions.

Lind says her parents, “basically hid me and didn’t tell their agents I even existed.” That all changed one day when an agent met the precocious and adorable toddler and said, “let’s sign her to a contract.” And the rest is history!

Her parents were made aware of Lind’s potential when they realized she couldn’t even read yet but she was able to memorize scripts.

The Young And The Restless Spoilers – What Is Next For Faith Newman In Genoa City?

One of her biggest projects to date has been playing a young Dolly Parton in the tv movie Coat of Many Colors.

Back in Genoa City Faith Newman is giving her parents headaches. The adolescent has been bullied and taken to hanging out with an older girl who is, you guessed it, trouble.

Faith has been caught lying and drinking and we have no idea what the once precious girl will get into next. It doesn’t look good for Faith at this point, given how reckless she has been. Tell us what you think Faith Newman gets up to next Y&R fans!