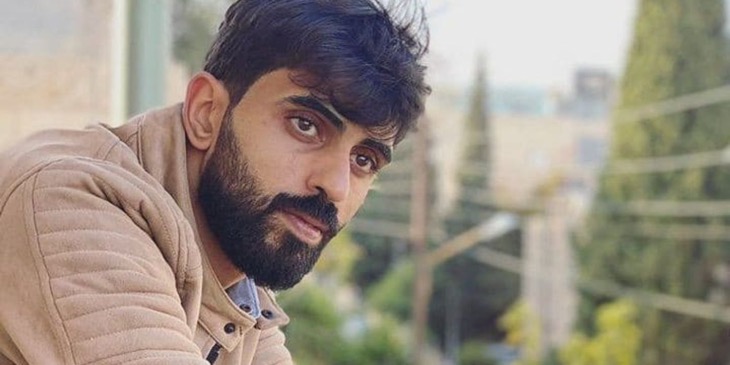 TLC’s “90 Day Fiancé-The Other Way” star Yazan Abu Hurira may just have a promising modeling career ahead or at least many of his fans are speculating he could. Some wonder if Brittany Banks may have even given him some pro tips to look good before the camera!

Yazan certainly seems to be striking some supermodel type poses in his latest Instagram photos! It is a little difficult lately to see exactly what his comments are lately since they are mostly in Arabic so it cannot be totally confirmed that he is going into modeling, but it certainly looks like he might be!

He is a very good-looking man with smoldering dark looks, that exude a lot of macho and many of his fans think he’d be a supermodel superstar! They would also like to see him in a successful career, instead of just working in the family business, which he was for most of the last season of the show. Jordanian fish markets probably are not the best place to make beaucoups of money!

Yazan has been more famous for his tumultuous relationship with Brittany, which has been one of the most violent, at least verbally relationships in the franchise. Theirs has only been rivaled recently by that of Colt Johnson and Larissa Dos Limos Santos, and later Jess Caroline on “90 Day Fiancé-Happily Ever After”. It is also difficult to ascertain whether he is taking selfies or posing for a photographer, either professionally or a hobbyist friend.

Fans Of Both Sides Of The Couple Want To See Them, Happy

Fans of both sides of the couple want to see them happy; it seems that the relationship is toxic and not likely to last. Yazan is not following Brittany nor vice versa and other than photos referring to “90 Day Fiancé-The Other Way” one cannot see photos of the two together. They have struggled with Yazan’s temper, Brittany’s ignorance of Islam and Muslim customs, language barriers, and Yazan’s ultra-conservative Muslim family.

But Yazan’s recent photos look like he’s either shooting for a modeling career or he’s being the subject for a photographer friend looking to get into the supermodel photoshoot business. Some photos have him posing in an artistic manner, such as one where he is standing by a car with an open door and looking up towards the sky. One has a filter on it and looks like he’s wearing a fur parka. Others have his pose with his mouth open, and some with him seeming to look into the distance longingly.

Sometimes he’s playing with his beard in the shots as if it were an accessory, and he wears western wear in one or two – one with him donning a black leather jacket, red flannel shirt, and blue jeans. It’s possible he may be posing for a clothing store or website, which, for a prospective model, is a good thing. Many famous supermodels started out as company spokespeople for brands of clothing or products. Yazan’s family would likely not approve of him pursuing a modeling career, but perhaps he has broken free from their very tight grip and is doing his own thing! If so, more power to him!

Stay tuned to “90 Day Fiancé-The Other Way” on TLC, and keep checking back here frequently for all the latest news and gossip about all your fave “90 Day Fiancé” shows, stars, and spinoffs!