The Young and the Restless Spoilers: Adam Is Determined To Get His Revenge On Victor – But Will His Plan Backfire? 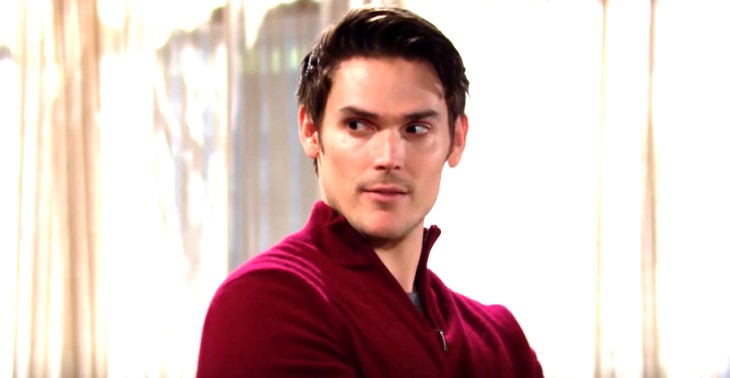 The Young and the Restless spoilers tease that Adam Newman (Mark Grossman) is determined to get his revenge on Victor Newman (Eric Braeden) for not making him CEO of Newman Enterprises. Here’s what you need to know.

The Young and the Restless Spoilers – Adam Newman Is Determined To Get His Revenge On Victor Newman  – But Will His Plan Backfire?

Speaking to Soaps in Depth in a new interview, actor Mark Grossman, who plays Adam Newman on the hit CBS soap, puts it this way (while speaking in character): “I’ve been in a similar situation, where I killed someone, but it was for a righteous reason or it was justified. Adam really has mixed emotions about this. Then again, information is always power to Adam and it’s always good to have it in his pocket if he needs to use it.”

With that said, we have a feeling that Adam has one thing on his mind and that’s to get his revenge on his father, no matter what it takes. For Adam, he believes that he is the only Newman sibling capable enough of taking over a company like Newman Enterprises and for Victor to rescind his offer and give it to Nick Newman (Joshua Morrow) was the ultimate slap across the face. That’s why Adam is willing to do whatever it takes to prove to his father that he’s not someone that anyone should mess with.

Y&R Spoilers – What Will Adam Newman Do Next?

However, a man like Victor Newman didn’t get this far in a town like Genoa City by letting other people walk over him and he’s certainly not going to let his son Adam do that, too. After all, he has always had a reputation for being a ruthless man and has been called ‘The Moustache’ for a reason.

Even if Adam thinks that he does have incriminating evidence against his father, it’s going to take more than just an envelope to shake an already deterred Victor Newman. Of course, fans will have to tune in for all of the action. The Young and the Restless airs weekdays on the CBS network. Check your local listings for times.

The Bold and the Beautiful Spoilers: Thorsten Kaye Explains Why Ridge Forrester Is No Longer Looking Back Anymore

Days of Our Lives Spoilers: Kristen’s Dreams Are Finally Coming True – Has Both Brady And Rachel At Home