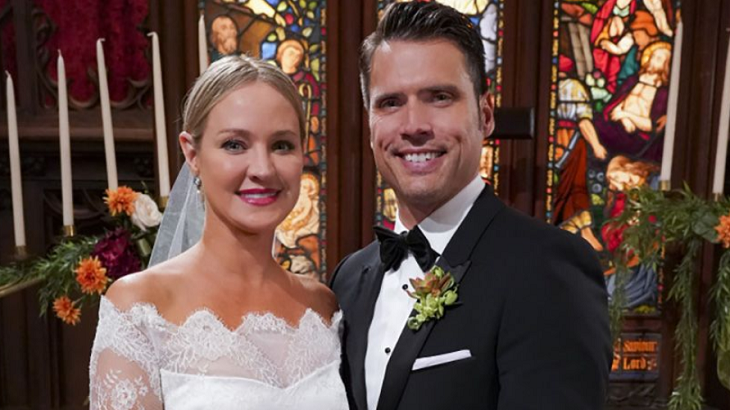 From the darkest days in Genoa City comes a chance at renewal on The Young and the Restless (Y&R). With the J.T. (Thad Luckinbill) case aftereffects living in her yesterday’s, Sharon Newman (Sharon Case) takes another chance on true love.

Nick Newman (Joshua Morrow) had a lot to forgive. As hardcore fans know, Sharon wronged him to the core of his soul by keeping the Christian (Jude and Ozzy McGuigen) secret.

Not only did he get over that storyline last year, Nick then asked Sharon to remarry him. The wedding date, set for the fall, faltered as the prior, intended nuptials did in 2014.

Phyllis Summers (Gina Tognoni), who originally lured Nick from Shick’s initial union, with his free will acceptance, has alienated herself once more. Devoted Y&R observers know that Nick is prone to rebound, as he doesn’t want to go it alone.

Young And The Restless Spoilers: Victor, Nick, and Billy Forge An Alliance To Help Cover-Up Trio

Nick needs a woman in his life, which is part of the reason why he feels the need to save the ladies he loves. Doing so covers the emotional fact that they also save him.

But, as last fall’s wedding guests and Y&R’s audience saw, Sharon stopped the latest attempt at a Shick reboot last fall. She exposed the Phick revival that Phyllis and Nick thought they could keep secret. Yeah, right.

Nick’s embrace of Sharon in the waiting room at the jailhouse was more than a tug at Shick fans hopes. The revamped behind the scenes powers at Y&R appear intent on restoring a good bit of the old order.

Along with the above would come the green-light, not a tease, or a tickle, or a head fake, with a gut-punch knocking fans down who’ve anticipated this couple’s full revival for way over a decade, of a fulfilled ‘Sharon Remarries Nick’ storyline. That’s right, their comeback is as complicated as the last written line.

Speculative? Sure, that’s why the exact word rumor is seen in this headline’s title. Yes, the soapy stars appear fixed this time around, as much of 2019 still exists and light-hearted fans of one of Y&R’s all-time duos patiently wait for the pronouncement of man and wife.

General Hospital Spoilers: Molly Panics Over Sam And Kristina, Gets Dragged In To Cult Madness