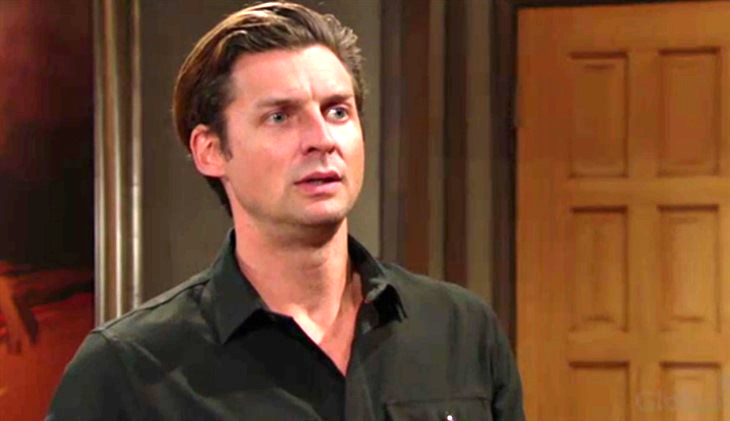 CBS The Young and the Restless spoilers document that Chance Chancellor (Donny Boaz) believes that he’s in danger. But the relay to Chelsea Lawson (Melissa Claire Egan) didn’t serve to raise any flags for Adam Newman (Mark Grossman).

The man who saved Chance’s life in Las Vegas, Nevada, believes that this situation can be managed. Adam thinks that his powers of control will allow Alyssa Montalvo (Maria DiDomenico) to be neutralized and the widow of the man he killed in self-defense to be handled, which will dually serve to protect Chance and himself.

The Young And The Restless Spoilers – Alyssa Montalvo Is Motivated

Billy Abbott (Jason Thompson) has connected with a kindred spirit. Different than his various romantic pursuits, the bond with Alyssa relates to their mutual motivation where Adam is concerned.

Alyssa was shocked and dismayed to learn that Adam manipulated her into researching the circumstances of her father’s death. Her initial belief that Victor Newman (Eric Braeden) was responsible for A.J. Montalvo’s (Marcus DeAnda) gruesome ending was later upended when it was determined that Adam committed the act when he was eleven and then blocked the matter out of his mind.

DiDomenico’s character wants justice for her father. She, like Billy, doesn’t expect Adam to go to prison. They want to expose Adam publicly, so his reputation can be damaged.

Chelsea has been through so much with Adam through the years. Her love for him knows no bounds and can sometimes be tagged as enabling.

Chance’s plea to Chelsea did upset her, but Adam’s reply soothed her mind. Egan’s character believes that Adam is capable of addressing any issue. Her optimistic view is based on his two escapes from apparent death and the many other situations where he survived seeming doom.

The con artistry that Chelsea learned from her mother, Anita Lawson (Catherine Bach), is one of the common bonds she shares with Adam. He, like Chelsea, plays various roles with people in order to obtain whatever’s necessary at the moment.

The Young and the Restless Comings and Goings: Judith Chapman Returning To 'Y&R' As Gloria Fisher #yr #youngandrestless https://t.co/joIQ2tz7fq

If Adam wouldn’t be self-involved he wouldn’t take a defensive posture in almost every instance. But he’s developed that personality type over the years and sports it as his main badge.

Providing regular payments to the deceased Vegas man’s widow didn’t prevent her from connecting with Alyssa, or vice versa. Now, because his childhood friend is getting far too close to the truth, Adam will create a fix that he thinks stops Alyssa. But she’s just as resilient as him, meaning this storyline is far from over.