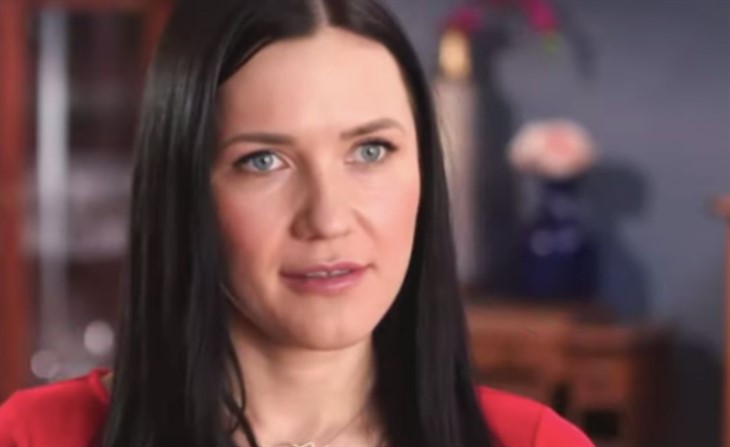 TLC’s “90 Day Fiancé-Before The 90 Days” star Varya Malina is reportedly in the United States, having been spotted in a candy shop recently. The labels on the candies and some cookies are all in English, so it can be reasonably assumed she’s here. The big question is, is she here for Geoffrey Paschal, and have they reunited?

Viewers will recall that Varya and Geoffrey have had their up and downs, as well as their backs and forths. It was especially interesting in the last season of the show. They were together. They broke up. Geoffrey found love with someone else. Varya flew to the United States to win him back. They did get engaged by the end of the season, but are they still engaged?

Is she back in the United States because the couple has reunited? Fans who have followed the couple are not sure! Her latest Instagram post showed her in a candy shop and all the merchandise had labels in English. This was two days ago. However, she also commented that she had trouble finding the Internet and apologized!

Geoffrey posted a photo three days ago and he was obviously in the middle of nowhere with weeds and wildflowers surrounding what appeared to be an old barn. He was standing, shirtless, on a step. Her Instagram post did not show a locality, he showed “Friendsville, Tennessee”. Friendsville is a very small town, population 890, 22 miles southwest of Knoxville. If she is with Geoffrey in Friendsville it is entirely possible she would have trouble finding the Internet! Much of their town’s website is unfinished!

When he first went to Russia, he was honest with Varya. He said that he did have some run-ins with the law but they were in the past. When he proposed, she wasn’t quite ready to say yes. Geoffrey felt rejected and assumed they were over. He had told TLC cameras that he felt the best thing for him was to ignore it and move on with his life. He felt like she had been messing with him.

Counting On News: Josiah And Lauren Duggar’s Marriage Under Firehttps://t.co/7uOv25KcCi

Then he went back home and reconnected with an old female friend, Mary. Geoffrey and Mary soon became involved romantically. Geoffrey just wanted to find happiness and someone to share it with him. He thought at that time that Mary might be Mrs. Right. However, it was plain he still had feelings for Varya, since he said he hoped his new romance would help him forget her.

When Varya heard of it, she didn’t want to lose Geoffrey. She flew to the United States to try and salvage their relationship. For his part, Geoffrey was blindsided! She hadn’t given him any warning at all! She just showed up at his door! He thought he would see the TLC production crew at his door because there was some filming planned. TLC didn’t know about it either.

Her plan apparently worked, because the two got back together. He proposed to her the second time, and that time she said yes! However, she had returned home at some point and COVID interrupted! Again they were an ocean apart! With the quarantines and travel restrictions, she may have had to get a K-1 visa to return to the US. That might mean we may see a wedding within the next 90 days!