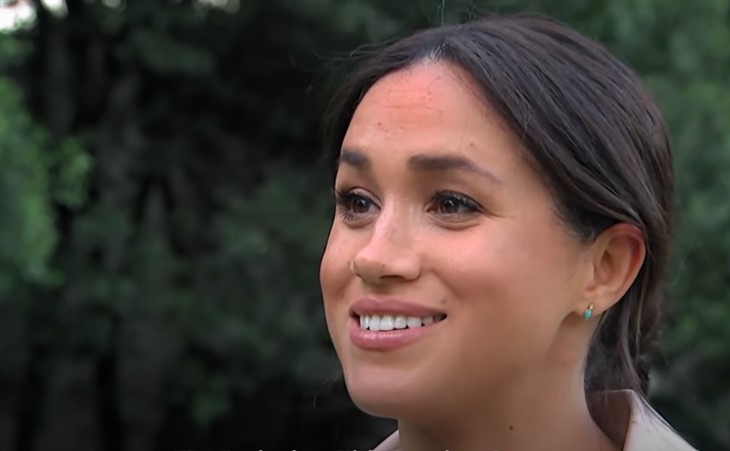 Everybody today knows that Meghan Markle is an extremely outspoken person when it comes to the politics she holds dear. Meghan Markle has been seen on multiple occasions using whatever platform she can to push her views. From speaking engagements where Meghan has spoken to large groups of women to charity events, Meghan Markle has sought to bring both herself and her progressive politics into the spotlight.

Doing so, however, has left Meghan Markle open to intense criticism as members of the British Royal Family are traditionally non-partisan in their public lives. Meghan Markle has evidently given that tradition the middle finger, however, and many in the UK can’t stand that fact.

For example, Piers Morgan, a British television host, and the commentator said, “The Queen must strip the Sussexes of their titles. They can’t remain as royals & spout off about an election in such a brazenly partisan way.” Yet another critic, the Executive Editor of “The Sun” wrote that Meghan Markle’s political activism was “a massive diplomatic embarrassment.”

Meghan Markle Doesn’t Care and Gets on the Phone

Of course, while Meghan Markle may be the Duchess of Sussex now, she remains a United States citizen. This means that at least while living in the USA, she has the right to voice her opinions on American politics and to engage in activism for whatever political party fits her fancy.

Now, according to reports, Meghan Markle has done just that. When not engaged in other matters, presumably dreaming up new programming for Netflix, Meghan is cold calling voters and prompting them to go to the polls on November 3.

At least one famous feminist icon is proud of Meghan Markle. That person is Gloria Steinem. In fact, according to Ms. Steinem, the whole presidential election was one of the biggest reasons that Meghan Markle chose to move back to California. Apparently, Meghan is incredibly invested in her political activism and didn’t want to send in an absentee ballot.

As Ms. Steinem noted in an interview with Access Hollywood, “She came home to vote. The first thing we did, and why she came to see me, as we sat at the dining room table where I am right now and we cold-called voters.”

Prince Harry Fans Freak Out Over Duke’s Birthday Bash – With Whom Did Harry “Party On?”https://t.co/IrCMr0dIUh

Meghan Hasn’t Put Her Weight Behind Any Candidate

While Meghan Markle hasn’t come out and blatantly said whom she plans to vote for, many believe that the Democratic party candidate will be her choice. Many of Meghan’s comments have hinted strongly in that direction as have some of her actions.

For example, Meghan has channeled her inner Barack Obama and has called for change. The Duchess of Sussex told a group of women voters, “We all know what’s at stake this year. I know it, I think all of you certainly know it.”

Who was Meghan suggesting her female audience were complicit with? It’s not hard to guess the answer.