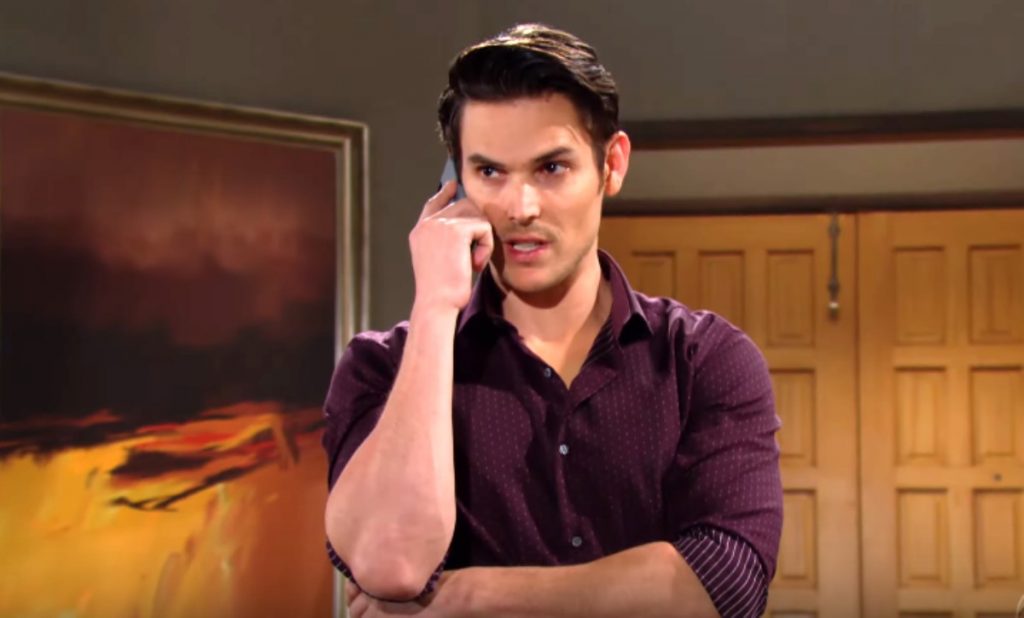 The Yong and the Restless – When In Kansas, Adam Newman Ran Into A Childhood Friend

Viewers of The Young and The Restless will recall that while in Kansas, Adam Newman had gone out for a run and came across his childhood friend Alyssa. He had introduced her to Chelsea Lawson (Melissa Claire Egan) and Connor Newman (Judah Mackey) and found out that Alyssa had grown up to be a crime reporter.

The Young and the Restless Spoilers: Spring Preview Teases What To Expect From Genoa City’s Key Players

She had been impressed with Connor and told him that Adam looked just like him at that age. As the two caught up, after not having seen each other for many years, Adam found out that both of her parents had died and they talked about the life-altering incident of Adam’s father’s death, Cliff Wilson and how Adam’s birth father, Victor Newman (Eric Braeden) had come to town right about the same time.

As viewers of The Young and The Restless will recall, it seemed peculiar that both Adam and Alyssa’s fathers had died at about the same time, when Victor first came to town and Adam found out he was really his birth father, and not Cliff. Chelsea was the first one to bring this up to Adam, after he, she, and Connor had returned home from their trip to Kansas.

Alyssa’s father had died shortly after being released from prison, and Adam’s father had been hit by a car. Adam had thought it strange that neither he nor his mother had gone to Cliff’s funeral, and then all of a sudden Victor had shown up out of the blue. Chelsea was suspicious that Victor may have had something to do with his death.

Plus, the reason AJ Montalvo, Alyssa’s father had been in prison was that he was a loan shark; and Adam had discovered that his father, Cliff had owed a lot of money and then suddenly didn’t. There had been regular cash withdrawals which could have been loan payments before the money ran out. It all just seems too coincidental to have been a coincidence!

Adam does some more digging on his own and finds out that the drunk who had hit and killed Cliff Wilson had worked with AJ Montalvo. Considering the financial issues that Cliff had, that had suddenly disappeared, and AJ had been a loan shark, it seems that it could be that AJ had Cliff killed.

The Young and the Restless Spoilers: Spring Preview Teases What To Expect From Genoa City’s Key Players https://t.co/y9KfXo64VW pic.twitter.com/YvFbaqot0A

He calls Alyssa to come over, but she is offended by his theory and becomes very upset, saying he has no evidence a crime was committed; however, later Chelsea and Alyssa talk at Society and Chelsea admits that Adam wondered if Victor killed AJ, and when Alyssa leaves and gets back to her computer, she starts researching Cliff’s death.

Adam also will continue to investigate and research the past. Alyssa, being a crime reporter, will not be able to help but try to get to the bottom of the matter and dig up the truth, and if anyone can find out what really happened back then, she will be able to, although Adam will not give up either!