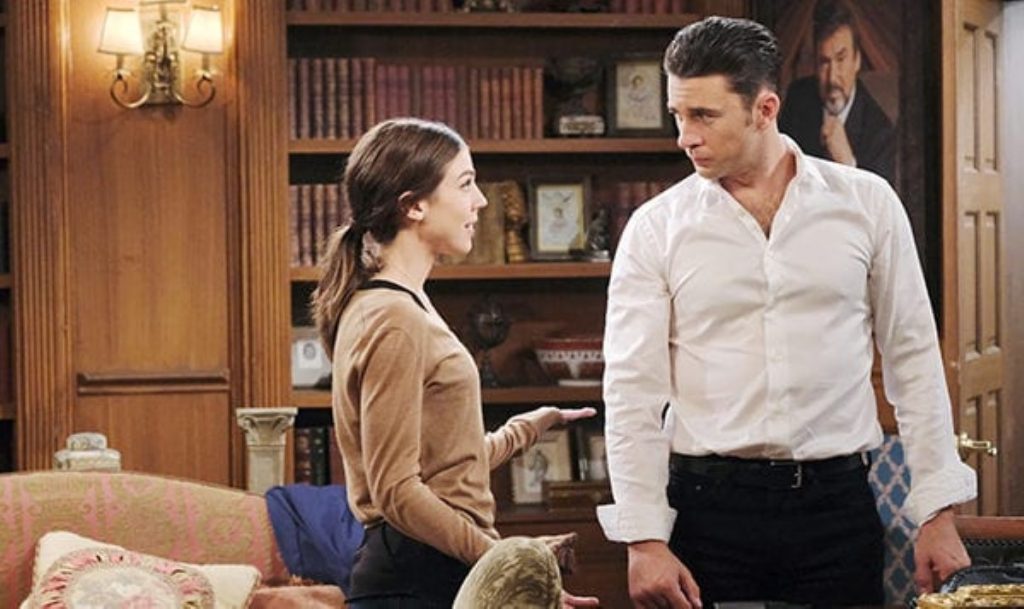 Days of Our Lives spoilers tease that Abigail DiMera (Kate Mansi) might want to watch her step. Even though she knows something is up with her husband Chad DiMera (Billy Flynn), she doesn’t know that Stefano DiMera (Stephen Johnson) is the reason why he has been acting so strangely. Here’s what you need to know.

Days of Our Lives Spoilers – Abigail Puts Herself in Danger – Does Stefano Have A Target On Her Back? 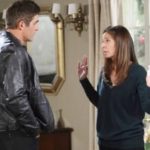 Speaking to Soap Opera Digest in a new interview, Days of Our Lives executive producer and head writer Ron Carlivati teases what’s next for Abigail and Chad. And according to the head scribe, it’s going to be a bumpy ride for the couple, that’s mostly because Abigail is going to have a hard time pulling Chad away from Stefano.

He told the publication, “The audience has seen Chad was brainwashed by Stefano, he’s under his control. We did that while Abby was away in Africa because we figured the person closest to him would be able to see the change. Now Abigail is back and that’s sort of throwing Stefano’s plan into a tailspin because now she is kind of realizing that something is up with her husband.”

In other words, it won’t take very long for Abigail to put the pieces of this puzzle together and figure out that her husband Chad is taking orders from his supposed father. Carlivati further explained, “She’s becoming a little bit of a problem for Stefano and we are wondering if she is going to uncover what’s going on with Chad and is this going to put her in some kind of anger from Stefano.”

DOOL Spoilers – Abigail Determined To Find Out The Truth

Seeing how Stefano has always had a disdain for Abigail, we have a feeling that she might want to watch her back! It’s safe to assume that Stefano will have a target on her. Of course, Days of Our Lives fans will have to tune in to find out what will happen next!

In the meantime, don’t forget to check back right here for all the latest news, updates and spoilers on General Hospital, The Bold and the Beautiful, The Young and the Restless and of course, Days of Our Lives.