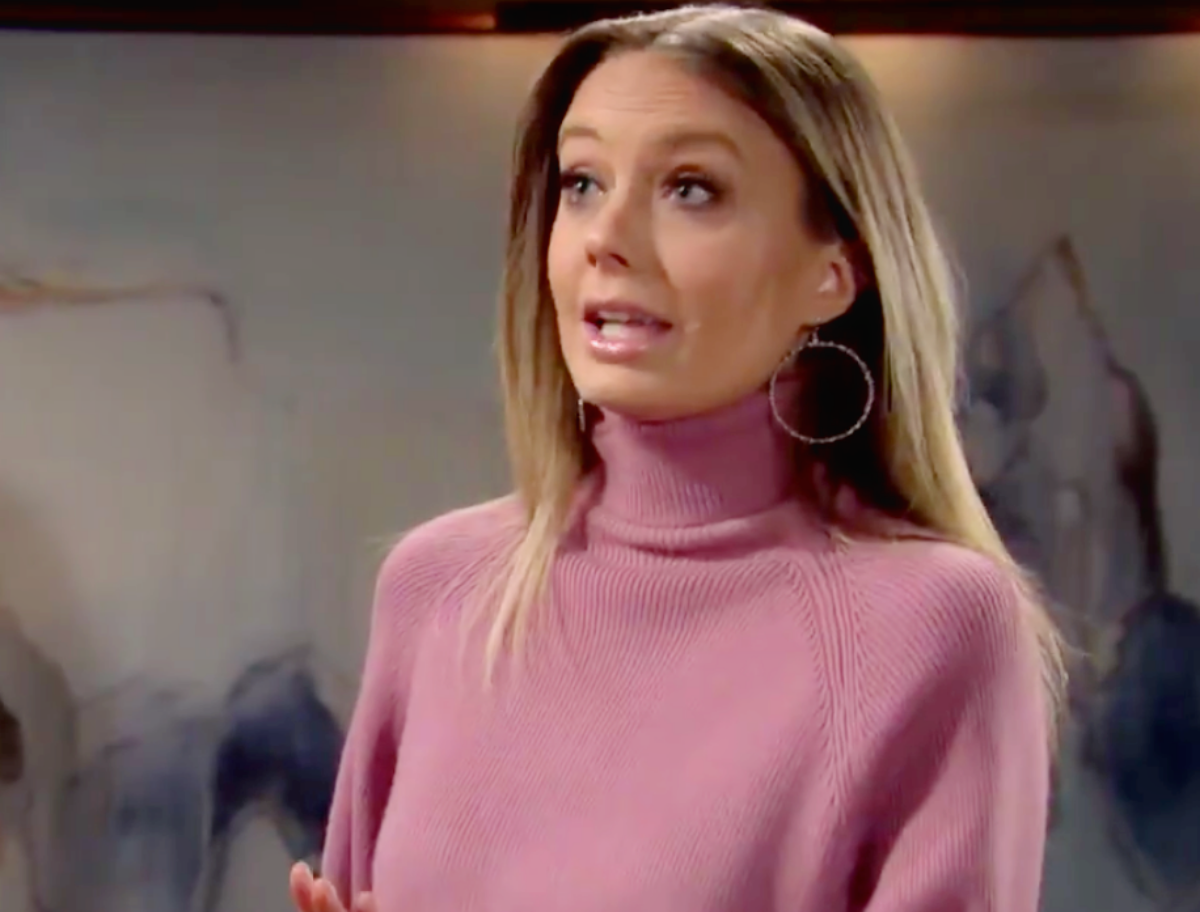 Abby Newman (Melissa Ordway) is determined to stop the threat of ‘The Young and the Restless’. She believes that Phyllis Summers (Michelle Stafford) still has evidence of the devastating conversation Chance Chancellor (Donny Boaz) had with Adam Newman (Mark Grossman) in Las Vegas, Nevada.

Based on a yet another aggressive encounter with Phyllis at the Grand Phoenix hotel, Abby concluded that a safe deposit box contains digital evidence that needs to be obtained. Based purely on what Stafford’s character implied, Abby and Chance now believe that they didn’t destroy everything after they broke into Phyllis’ suite.

Young And The Restless Spoilers – Bold Impersonation Attempt Made

Abby played her best Phyllis, without the costume for Chance. He liked her act, but was concerned about Abby’s attempt to actually impersonate her rival.

Chabs believes that Phyllis put a digital copy of the conversation she secretly recorded in a secure location. So Abby and Chance have been rehearsing the fake ‘Red’ presentation she’ll use to try and talk her way into accessing the safe deposit box.

The voice impersonation is decent and the costume, with included wig, is fine. But Chance told Abby that her real-time performance, along with nailing Phyllis’ signature, is vital. A bank official will need to drill the box open, as Abby doesn’t have the needed key to access the contents of the presumed box.

Adam and Chance should have never discussed the unfortunate incident they endured together in public. Doing so allowed Phyllis to gain information she never deserved to have, or needed to know.

Chance believes that he owes his existence to the favor Adam offered in the recent past. As viewers came to learn, Chance was working undercover when a person he was targeting came after him. Adam apparently intervened and is believed, based on dialogue, to have accidentally caused that villain’s death.

The above situation was covered up until Phyllis paid a Vegas cocktail waitress to put a digital recording device under the table where Adam and Chance were meeting. Otherwise always alert, both characters didn’t notice what happened and discussed the referenced incident, while Phyllis was listening and recording remotely in Genoa City, Wisconsin.

The Young and the Restless Spoilers: Billy Unhappy With Lily Pairing – Jill Hopes For The Best https://t.co/ZNn0TGbrz5 pic.twitter.com/DyqBOI2xA4

Young And The Restless Spoilers – Phoenix Tries To Rise

Phyllis sees herself as a phoenix, rising from the ashes of a past life. She only gives passing comment to the fact that her failures were mostly self-inflicted.

Trying to create a reputation in GC isn’t easy. Add Phyllis’ shoddy reputation to that task and it makes sense that she would employ underhanded methods to force her way up through the business and social structure in this Midwestern city.

A real threat will be removed if Abby and Chance are able to steal Phyllis’ leverage. Adam will be grateful, though he doesn’t view Stafford’s character in the same manner as Chance does.

No matter the success, or failure of Abby’s efforts, Phyllis won’t stop pursuing her self-promoting agenda. Adam’s advice about letting her alone could prove to be wise.

‘The Bold and the Beautiful’ Spoilers: Hope’s Wedding Shocker – Thomas Will Never Be The Same