‘The Bold and the Beautiful’ Spoilers: Hope’s Wedding Shocker – Thomas Will Never Be The Same 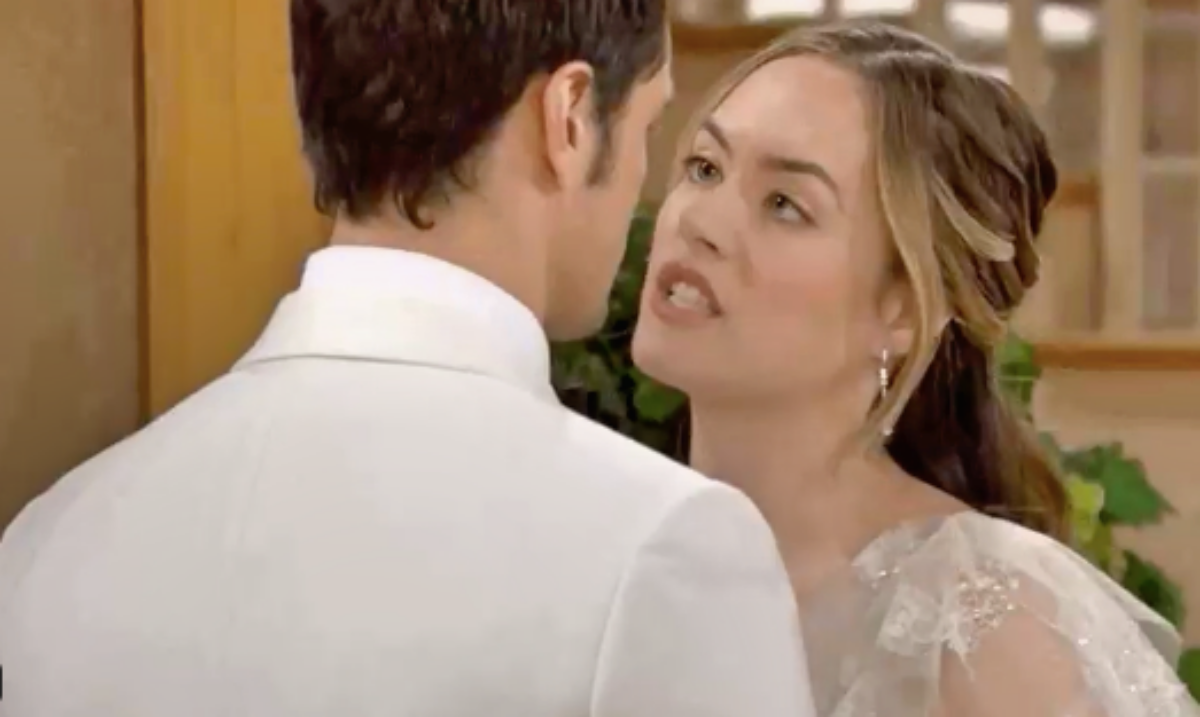 Hope Logan (Annika Noelle) acted quickly on ‘The Bold and the Beautiful’. Her intent is to bait Thomas Forrester (Matthew Atkinson) into revealing his real thoughts to the gathered crowd during the latest wedding that’s being held at the Forrester mansion.

Learning that Thomas had been using Zoe Buckingham (Kiara Barnes) all along, Hope appeared in the wedding gown that Atkinson’s character intended for her to wear. She stood aside of Douglas Forrester (Henry Joseph Samiri), as Thomas’ vision of his family appeared in front of his eyes.

Thomas wasn’t fooling anyone when he sketched two wedding dress designs. One was for Zoe. The other was claimed as the showstopper for the Hope For The Future line.

Of course, Hope knew that Thomas created the second dress for the assumed ‘Thope’ remarriage. His not so subtle tactics have become legendary since he began intently pursuing Hope last year, upon his return, with Douglas, from New York, following the death of Caroline Spencer (Linsey Godfrey).

By shocking his senses, Hope hopes (wink) to react a mental knee-jerk reaction. The burden of proving what Thomas has really been up to would instantly lift, as the wedding crowd would witness the undeniable truth.

Bold And The Beautiful Spoilers – Zoe Buckingham Left At The Altar

Zoe is one of the poor souls in the farce that Thomas has been orchestrating. She’s admitted doubts about her rushed fiance’s actions since accepting his proposal, but chose to believe that they could make a life together.

Carter Walton (Lawrence St. Victor) was officiating for the umpteenth time at the Forrester mansion. His comments about Zoe and Thomas’ story being one of forgiveness and redemption were exceedingly kind.

As viewers recently saw, Carter has expressed an interest in Zoe that could develop beyond friendship. She surely would be better off with an honest person like Carter, rather than allowing herself to be drawn into the fake world that Thomas offers. As she stands at the alter the man that offers promise is leading the vows, as opposed to the one who is delaying them.

Bold And The Beautiful Spoilers – Douglas Forrester Needs A Family

Last year Thomas threatened his son to keep quiet about Beth Spencer’s (Madeline Valdez and River Davidson) existence in the form of Phoebe Forrester. Douglas didn’t follow his daddy’s advice, acted rightly, and told the truth, which helped to bring that storyline to its climax.

To the shock of no one, Thomas has continued to use Douglas. Within this storyline he’s asked him to serve as an emotional operative, with the goal being to persuade Hope to reformulate their family.

Hope’s plan is to restore Douglas’ family. But she intends for that to be the one he was part of in the recent past. Yes, a reformed ‘Lope’ clan, which includes Liam Spencer (Scott Clifton), Douglas, and Beth is her goal.