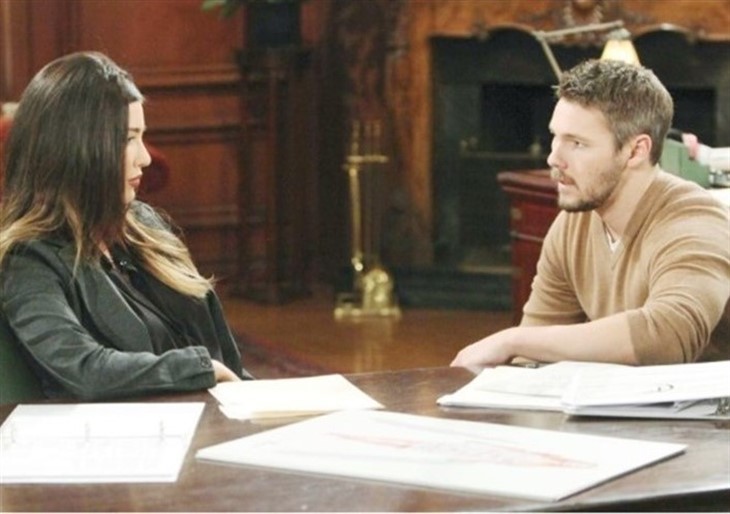 The Bold and the Beautiful spoilers document that in Los Angeles Liam Spencer (Scott Clifton) knows that he’s right about Thomas Forrester (Matthew Atkinson), but can’t prove it. So, he’s stuck in the same position that he was many times in the past, with Atkinson’s character convincing everyone who matters that all is well and progress is being made.

Steffy Forrester (Jacqueline MacInnes Wood) has her own life back on track. She wants to believe in her brother and is dismissing Liam’s concerns out of hand. To her, Liam is being overly opinionated, which allows Thomas room to roam.

There are moments, even when he’s alone, that Thomas seems to actually be improving. But that’s the issue with whatever his condition actually is.

Thomas’s unpredictable trips into delusion followed actual hits to his head. In this instance, the actual appearance of some form of internal pressure inside Thomas’ head appears to be linked to an undiagnosed brain tumor, a buildup of fluids near to his brain, or some form of illness.

So, it’s not as though Thomas is fully delusional all the time. And, he’s actually recognizing that there is something wrong with him. But Thomas is afraid to tell anyone about his physical pain and the voice he thinks he’s hearing comes from the mannequin.

The storyline Atkinson is playing to the hilt, which is now to be expected from this great actor, comes with an intriguing enabler. Hope Spencer (Annika Noelle) actually was with the mannequin in the apartment where Thomas is living. But she wasn’t totally freaked out by it.

Yes, the situation was eerie and Thomas’s behavior in taking the doll from Forrester Creations was suspicious. However, Hope is focusing on the synergy she and Thomas have reestablished in raising Douglas Forrester (Henry Samiri) and the prodigious designs that have recently been created for her fashion line.

Liam has an internal set of principles that he lives by, which calls into question whether he actually is Bill Spencer’s (Don Diamont) son, despite whatever was stated about this biological connection in the past.

Thomas’ compliments about Liam were made a number of weeks ago. Those out-of-the-box remarks actually were encouraging before the mannequin conversations started.

With whatever anyone tries to tell Liam, here’s hoping that he sticks to his gut because Thomas surely does need help, no matter what’s said. Like Liam told Steffy, he’s blocking out Thomas’s words and is keeping an eye on his actions.

The Bold And The Beautiful (B&B) Spoilers: Zoe Pledges Love To Zende, Ridge…