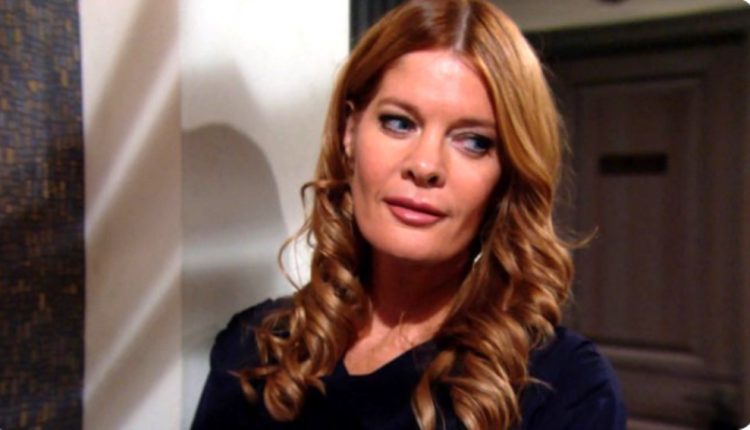 The Young and The Restless spoilers tease that Phyllis Summers (Michelle Stafford) will figure out Sharon Newman’s (Sharon Case) malady, and will reach out with an olive branch extended to support her; but will Sharon accept her gesture?

Viewers of The Young and The Restless will recall from a recent episode that Phyllis was sincerely moved and concerned when she realized that Sharon was seriously ill. Sharon was not happy and lashed out at Nick Newman, (Joshua Morrow) the two women’s ex-husband in common about telling Phyllis about her breast cancer, but he said she figured it out – but not everything; just that Sharon has a serious illness.

Phyllis was in shock – she knew that wasn’t a bandage for a tattoo. Phyllis has had some serious health issues herself, although not cancer, but she knows Sharon is trying to hide something and just because the two have been romantic rivals and in some cases outright enemies over the years, Phyllis’ heart went out to Sharon and she doesn’t want her to die – especially without the two of them having made amends!

Phyllis is actually a pretty good investigator, it’s just that usually she investigates things that are none of her business! But she will get on the internet and search medical websites for why a woman would have a bandage-like that in the place that Sharon has the bandage.

Since it is located right above one of Sharon’s breasts, Phyllis may come to the correct conclusion first and see that a bandage-like that is used for a port for chemotherapy – which means only one thing. Sharon must have breast cancer! Phyllis is even more shocked and saddened!

The Young and the Restless Spoilers – Could Phyllis Summers Actually Be – Feeling Guilty?

Could Phyllis actually be feeling guilty for all the times she treated Sharon badly and even pushed her off a cliff one time with another person – the other person was killed, and she blackmailed Sharon a couple of times too? Phyllis decides that she has to reach out to Sharon and extend an olive branch and her support; she’ll do anything Sharon needs. But what if Sharon just needs Phyllis to mind her own business and stay away from her?

Sharon will have a difficult time believing Phyllis is for real with this; viewers of The Young and The Restless will recall from a recent episode that Phyllis mentioned to Sharon she was going out on a date with Chance Chancellor (Donny Boaz) and Sharon told her she hoped she had a nice time, and Phyllis had responded with, “Who are you?” She will probably just tell Phyllis she appreciates her concern and that she prefers to handle things on her own, although she might realize Phyllis really is worried about her and it will touch her; perhaps this will be a new page in the book of Phyllis Summers and Sharon Newman!

She might tell Phyllis she is getting the best treatment available and that her condition could have been much worse but thank god it’s not!