The Young and the Restless Spoilers: Sharon And Phyllis – Reality Flips The Script 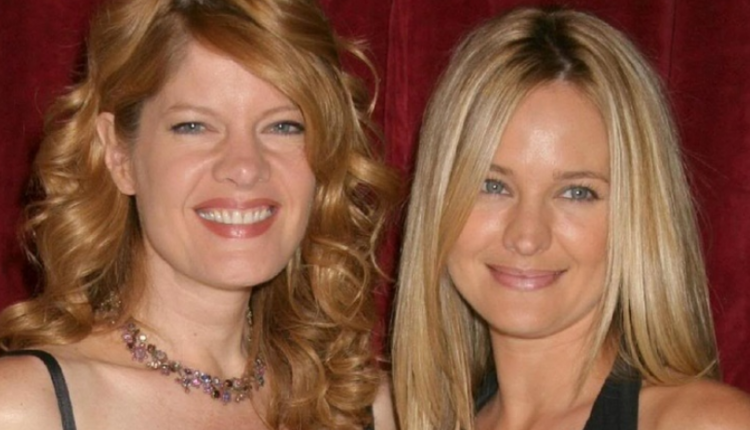 The Young and the Restless spoilers document that Sharon Newman (Sharon Case) has begun dealing with her cancer diagnosis in the best way that she can. One of her choices involves getting out of the cottage.

A hilarious series of exchanges spotlighted Y&R’s solid writing, along with the ever-stellar efforts of both great actors.

Phyllis Summers (Michelle Stafford) was miffed that Sharon appeared to actually be treating her nicely while they were having an unplanned conversation at the Grand Phoenix hotel. Not knowing Sharon’s condition keeps Phyllis in the dark for now, though the news is sure to be gleaned in the near future, adding to Sharon’s reconsidered reality.

The  Young And The Restless Spoilers – Soapy Backstory Always Matters

An impactful history that links Sharon and Phyllis is tied to one of the most tragic and controversial events across Y&R’s entire run. The death of Cassie Newman (Camryn Grimes) is still shocking, as it permanently and intentionally altered the trajectory of storylines that are still running.

One of the arcs involves Sharon’s connection with Nick Newman (Joshua Morrow) and how (and why) TPTB were determined to create a split in their marriage which has never been fully rectified since Cassie died as the result of injuries suffered in a car accident in 2005. Yes, it’s been fifteen years since that happened.

The above caused Nick to deal with his grief in a dysfunctional manner that caused massive repercussions. He took consolation in Phyllis’ arms, with the plot point being that her son, Daniel Romalotti (Michael Graziadei), was passed out in the back seat of his car, resulting in the underage Cassie driving. The initial tension between the families was played into Phick’s emergence.

Having decided that Chick wasn’t working and never would, Nick told Chelsea Lawson (Melissa Claire Egan) that they should part as friends on New Year’s Eve. That allowed him to be fully single, with Phyllis openly flirting with him.

Whether another edition of Phick happens remains to seen, as Phyllis is keeping her options open. But Sharon can’t yet be tagged as interested in Nick because she’s committed to Rey Rosales (Jordi Vilasuso).

However, Nick and Sharon have grown closer in recent weeks and especially since the cancer diagnosis. It’s arguable that they are on better footing than at any time since the last attempted Shick remarriage effort failed. So while current factors don’t project to a romantic revival, in whatever form, this possibility can’t be fully ruled out.

The Young And The Restless Spoilers – More Levity Will Be Needed

The light-hearted dialogue that was delivered by Case and Stafford was noteworthy because Sharon and Phyllis rarely ever have a conversation that is serious. Phyllis was rightly surprised at Sharon’s unexplained demeanor and told Nick as much.

As the cancer storyline evolves there will be a need for levity to balance the seriousness of what Sharon is facing and in turn, when many viewers can personally relate to.

Days of Our Lives Spoilers: Eric Moves Back In With Nicole – All Is Forgiven?

The Young and the Restless Spoilers: Victoria’s Past Comes To Light – New Connection With Amanda’s Ex?