The Young and the Restless Rumor: Victoria Names Billy As Her Assailant When She Awakens 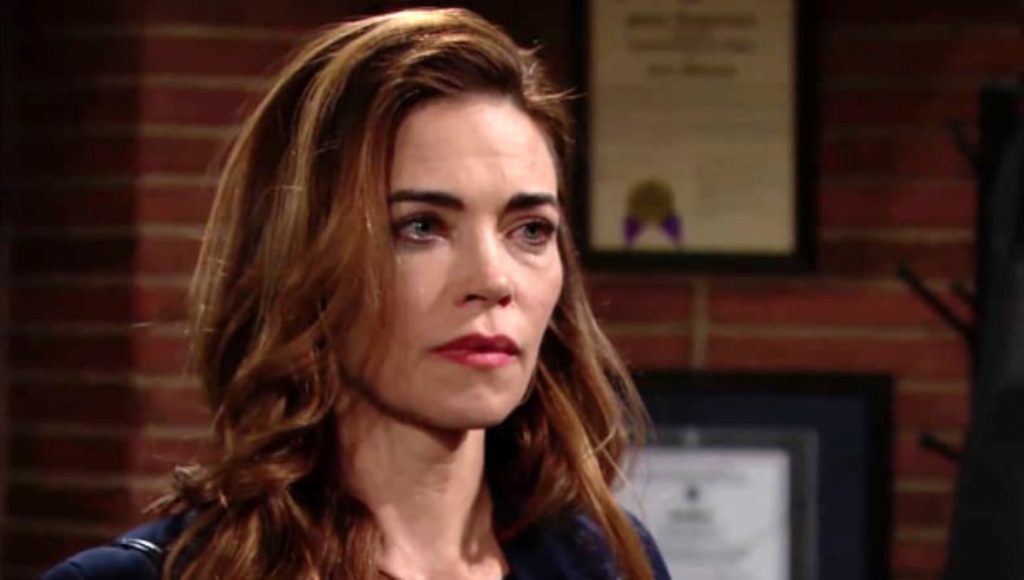 The Young and The Restless spoilers tease that Victoria Newman (Amelia Heinle) will name Billy Abbott (Jason Thompson) as her assailant when she awakens, throwing a monkey wrench into the Genoa City Police Department’s investigation and a target on Billy’s back and a bigger one on Amanda Sinclair’s (Mishael Morgan) in an upcoming episode of The Young and The Restless!

Y&R Spoilers: Victoria Newman And Billy Abbott Had Been Talking In The Art Installation And It Wasn’t A Friendly Chat

As viewers of The Young and The Restless will recall, Victoria and Billy had been talking in the art installation that Noah Newman (Robert Adamson) had put together for his grandfather’s big night. Just prior to Victoria coming to tell Billy to leave, Amanda Sinclair (Mishael Morgan) had also been talking to Billy in the same spot and she also tried to get him to leave because he was drunk! She left, Victoria came, Victoria told Billy he had no business being there and was trying to get him to leave, and as the lights were dimmed, Ripley Turner (Christian Keyes) ran in and stabbed her in the side, as Billy had turned around for a split second!

Viewers will recall the pained expression on Victoria’s face as Billy caught her as she was falling, and even though the scene made it clear that Billy was NOT the one who stabbed her, when help came, Victor Newman (Eric Braeden) IMMEDIATELY suspected Billy, and Billy had told Paul Williams (Doug Davidson) that Victoria had said someone bumped into her – however, in reality, she hadn’t said anything like that – actually, nothing at all. Billy was trying to help and Nate Hastings (Sean Dominic) and Elena Dawson (Brytni Sarpy) took over. Victoria was pretty much unconscious from that point on.

The Young and the Restless Spoilers: The Fallout Continues From Victoria’s Stabbing https://t.co/xbufV7AtZs pic.twitter.com/tbVjZ33VPq 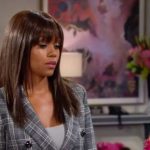 Victor was ready to strangle Billy and had to be held back when Amanda came forward and told Paul Williams and Rey Rosales (Jordi Vilasuso) that she had to be Ripley’s target and that he must have thought Victoria was her – she and Victoria had similar outfits on, both had their hair in long ponytails, are close to the same size and build, and the lights were dimmed when she was stabbed.

Amanda had just left from talking to Billy and then Victoria had come to talk to Billy. Plus, Amanda had seen Ripley leaving and he looked stunned to see her and after she found out Victoria was stabbed, she figured out what had happened and that Ripley knew he stabbed the wrong person! Victoria was put into a medically induced coma to save her life.

Victor will still rail against Billy and blame him as Victoria recovers in the coma. There is a lot of scientific evidence that even though a comatose person cannot respond, the person is still aware of what is going on around them and can understand speech and remember, especially in a case like Victoria’s, where the coma is medically induced and not due to a brain injury.

There is a good chance that Victoria will not remember details of how she was stabbed and who did it when she awakens, and her brain will fill in the blanks based on hearing her father’s rants about Billy! She may have suspected that Billy hired someone to stab her as well, since he obviously turned around and then it happened, or she may not remember that detail, only Billy catching her as she started to collapse, and again, her brain will fill in the blanks and she will name him as her assailant when she awakens!

General Hospital Spoilers: Jason And Sam Deal With A Crushing Blow – Will They Recover?