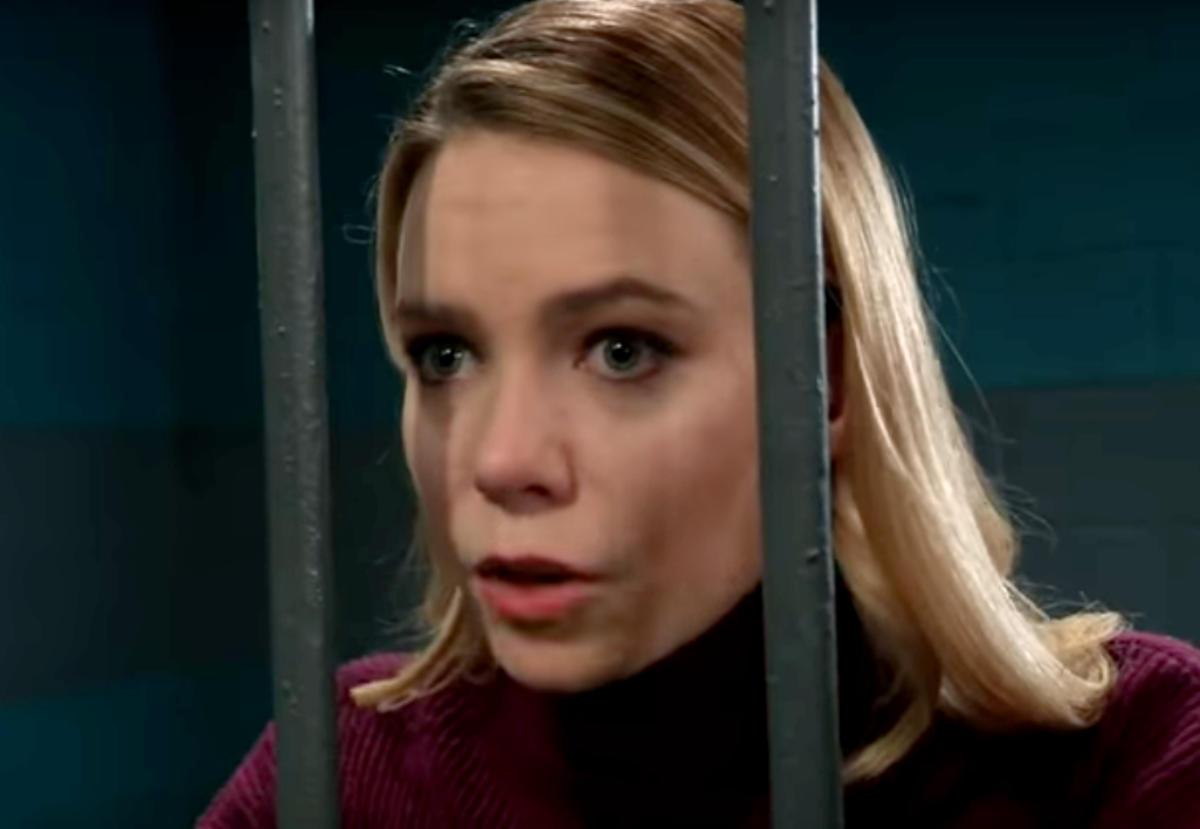 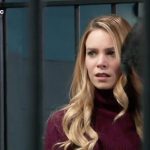 Carly wants Nelle gone from herself, gone from Michael Corinthos, (Chad Duell) gone from Wiley Corinthos, (Erik and Theodore Olson) gone from Sonny Corinthos, (Maurice Benard) for good! She wishes she could erase Nelle’s whole existence from her memory! Nelle’s being behind the baby swap and making Michael and the whole Corinthos family grieve for Jonah for no reason and now two years later Carly’s brother Lucas Jones (Ryan Carnes) having to give up the baby he thought was his adopted son to Michael, finding out that the original baby died, and seeing his devastation has brought

Carly to the end of herself where Nelle is concerned! Willow Tait (Katelyn MacMullen) is falling apart over the truth and Nelle continues to deliver a false narrative even to Carly’s face as she visits her in jail to confront her!

Carly’s opinion is that Brad Cooper (Parry Shen) and Nelle are alike in that they are both lying liars who lie! But she could see that Brad at least has a conscience, even though his excuses for doing what he did are flimsy. Lucas would not have abandoned him over the baby dying – Brad was afraid that he would, and Carly sees that Nelle ran over Brad like a steamroller, perpetuating the lie even while she was in prison!

She is in no way excusing any of his behavior, but understands his reasoning, even if it was faulty. Lives have been destroyed over these lies! Nelle, on the other hand, is a total narcissistic sociopath – she has no conscience and no remorse! And now, Carly is going to steamroll right over Nelle!

Carly needs to remember that in a jail or prison the calls and prisoner conversations are usually recorded, so she needs to be careful of any threats she may make. Nelle will likely tell her that she is innocent and that she didn’t know anything about Wiley being Jonah until she stood on the terrace at the Corinthos home – after she was asked to leave – and eavesdropped on what was going on inside and that she found out when everyone inside did! But Carly knows better than that!

She knows what a liar Nelle is and that she is making this up as she goes along! She knows Brad is not smart or devious enough to have thought up a plan like this, and besides, how would he know to drive with his and Lucas’ dead baby to the exact spot where Nelle had given birth when Michael, who was in the wrecked car with Sonny getting him out of it didn’t even know, and know that Nelle had a live healthy baby that Brad could replace with a dead baby?

Nelle will probably counter that Brad was making it up as he went along, but Carly will sternly warn her if she manages to weasel her way out of these charges, which is doubtful, that Sonny has PEOPLE who can and will deal with her, like she should have been dealt with to begin with!

The Young and the Restless Rumor: Victoria Names Billy As Her Assailant When She Awakens