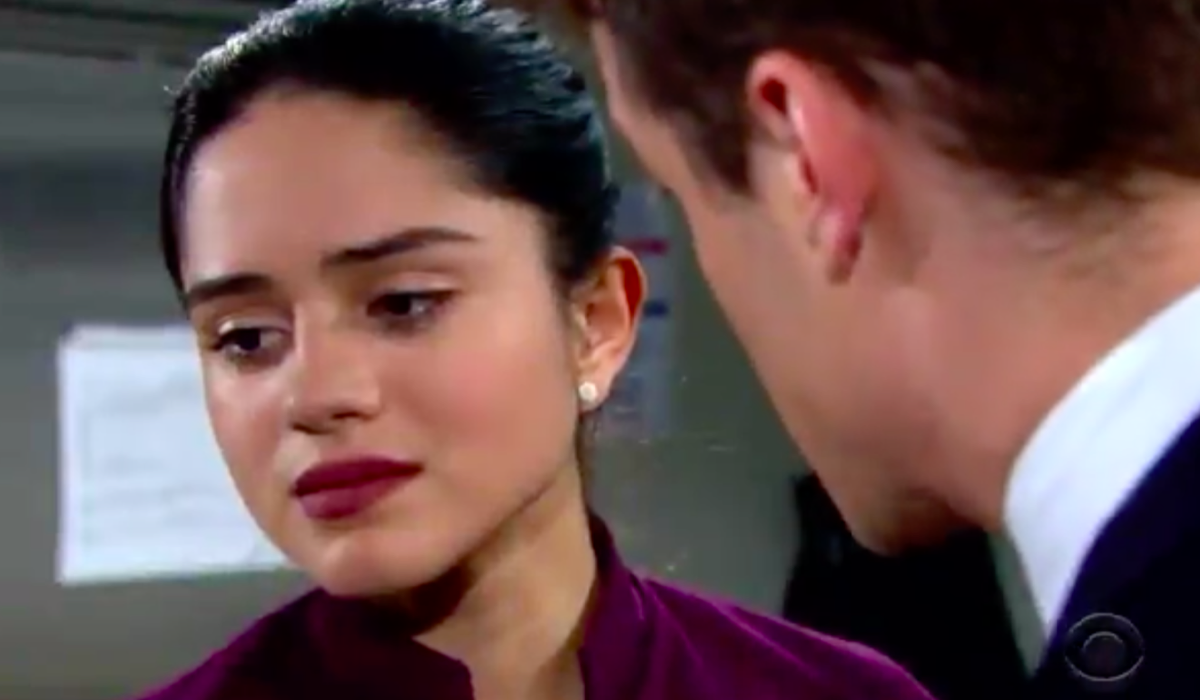 Lola Abbott (Sasha Calle) hasn’t been able to get through to her husband on ‘The Young and the Restless’. Kyle Abbott (Michael Mealor) believes that his unwanted cousin, Theo Vanderway (Tyler Johnson) is nothing more than a trouble-maker and that his ongoing intent is to ingratiate himself into Lola’s life.

Feeling like an outsider herself, Lola has empathy for Theo’s situation. She’s also been unable to stop Kyle from being drawn into unnecessary conflict.

There have been times when Theo has stirred the drink. Then, there are others. Like when Kyle punches Theo out.

Young And The Restless Spoilers – The Outsiders In Genoa City

Falling outside of the above clans were the Rosales’, who were new to town. However, they have made professional progress and coupled with connected people, which helps.

Such isn’t the case for Theo. Even though his uncle, Jack Abbott (Peter Bergman), and aunts Traci Abbott (Beth Maitland) and Ashley Abbott (Eileen Davidson), and other cousin, Abby Newman (Melissa Ordway), along with the grandmother he and Kyle share, Dina Mergeron (Marla Adams), approve of him, Kyle doesn’t. That irks Theo and fuels the dysfunctional dynamic between them.

Kyle wanted to forget about the past, specifically his time in New York. But Theo’s arrival in GC and subsequent torture of his eventually revealed cousin meant that yesterday was resurrected.

Digitally skipping to the days after the ‘Kola’ wedding, that Theo failed to upend, Kyle believed that signs were trending upward. But Theo’s mischief and Zoe Hardisty’s (Anna Grace Barlow) revenge plan at the Grand Phoenix melted away.

Young And The Restless Spoilers – Kola’s Future At Least Debatable

Many soap weddings don’t last forever. But is it reasonable to believe that ‘Kola’ might not survive 2020?

Surely Y&R’s endearing couple, that took more than a year to develop, won’t split immediately. But it’s possible that current tensions could result in at least a separation.

Then again, the ever-present danger of Kyle and Summer Newman (Hunter King) reviving their relationship and the feared response of Lola going to Theo can’t be discounted. And one, or both suggested points could end ‘Kola’ far sooner than expected, unless love overpowers evolving dramas.

Fans of ‘The Young and the Restless’ rightfully express their opinions on a regular basis. So, will Lola and Kyle split? Please vote in our poll!