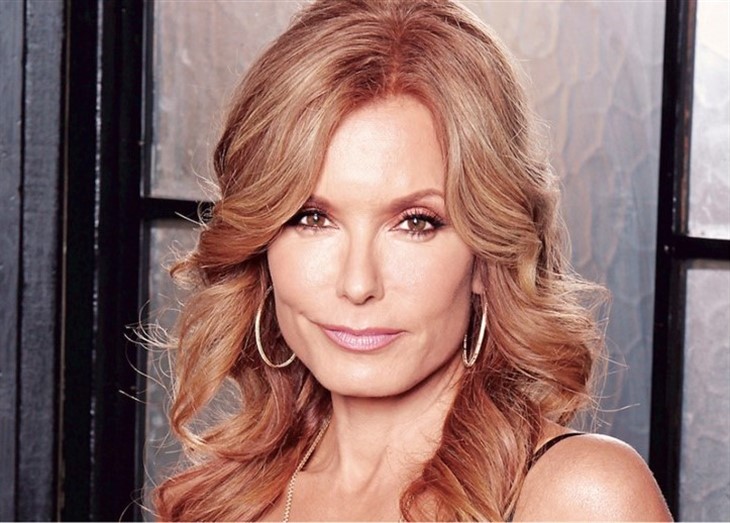 CBS The Young and the Restless star Tracey E. Bregman (Lauren Fenmore Baldwin) has landed the lead role in a new Hollywood movie. Titled “Swag Town,” it is due to be released in 2021. Keep reading to find out who else will appear in the film and everything is known so far.

The Young And The Restless – Casting Details and Release Date

Not much is known about the upcoming movie and no synopsis seems to be available. However, it is scheduled to be released in 2021. Swag Town was written by John David Hartfield and directed by David Platt. Y&R star Tracey E. Bregman stars as Hannah Fields. Other actors appearing in the production include Natalie Lander, Chris Gann, Newton Mayenge, Whitney Bowers, Felicity Wren, and Paul DiVito.

Y&R Spoilers – About The Y&R Star

In 1984, Bregman made her debut as Lauren Fenmore Williams in the CBS soap opera. She starred in the long-running daytime series until 1995 and then returned in 2000. The German-born actress has appeared in 1,458 episodes, per IMDB. Occasionally, she was also credited with the character name Sarah Smythe.

The Young and the Restless – Soap Star’s Other Projects

In addition to The Young and the Restless and Swag Town, Bregman has appeared in many other productions. Some of these include The Bold and the Beautiful, Spyder Games, The Funny Farm, The Family Tree, The Fall Guy, Fame, The Love Boat, Happy Birthday To Me, Days of Our Lives, Three on a Date, and The Concrete Jungle. She also appeared in Still, Misogynist, Low Lifes, Sex and Mrs. X, Gavilan, and The Littlest Hobo.

Bregman has been quite busy recently. She hasn’t just been filming scenes for the popular CBS soap opera and working on the new movie Swag Town. She just wrapped up working on A Very Charming Christmas Town, in which she plays the role of Miriam. She also did some voice work for The Hungry Dog, which was released earlier this year.

Are you a fan of Tracey Bregman’s work? What do you think of her character on Y&R, Lauren Fenmore Baldwin? Are you interested in checking out her new movie when it is released next year? We will keep you posted with new developments and updated information about Swag Town when details are released.