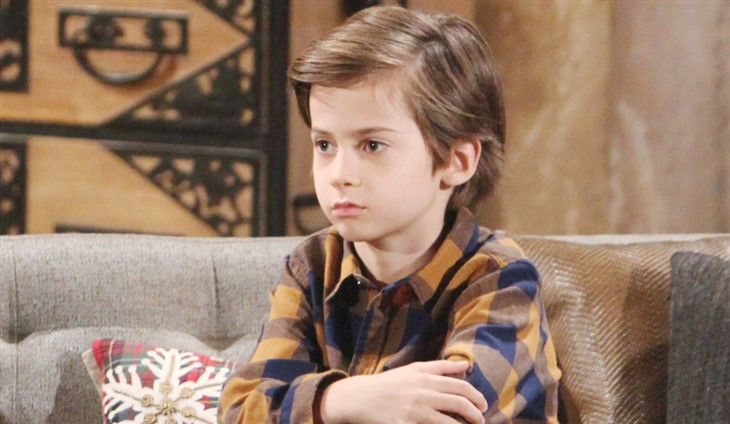 CBS The Young and the Restless actor Judah Mackey plays Connor Newman on the CBS soap opera. However, the young man has an exciting new project lined up. He has been cast in a new series titled “Stillwater.” Keep reading to find out about the series, as well as what else the young actor has been working on.

The Young And The Restless – Judah Mackey As Connor Newman

The Y&R actor was cast as Connor Newman in the CBS soap opera in 2019, a role that he continues to play today. According to IMDB, the young actor has been credited or has appeared in a total of 44 episodes.

According to Soap Opera News, Judah has been cast in a new series called “Stillwater.” Apple TV Plus announced its newest lineup of children’s programming, which includes “Stillwater.” It is based on the Scholastic book series called “Zen Shorts,” written by author Jon J. Muth. It is produced by Gaumont and Scholastic Entertainment.

The Young And The Restless – What Is Stillwater About?

In addition to The Young and the Restless and Stillwater, Judah is credited with a few other projects. These include the role of Frankie Anderson in Darkness Falls, playing Teddy Kessler in The Morning Show, and portraying Bobby in Deacon. The child actor also played Trevor McIntyre in What/If and was cast as a young William Lynch in Criminal Minds.

The Young And The Restless Spoilers: Monday, September 21 – Kyle & Summer Engaged – Lola Dumps Theo – Amanda Gets A Present From Devonhttps://t.co/nYrH1xs5uo

What do you think of Judah Mackey’s work as Connor Newman in The Young and the Restless? Have you seen the child actor in his other projects? Will you or your family be tuning in to see “Stillwater?” Does it sound like a children’s show that your own family might enjoy watching?

We will keep you posted with new developments and updated information as it becomes available. In the meantime, let’s send Judah a huge congratulations on being cast in another exciting production!