The Young and The Restless News Update: Eileen Davidson Spills About Her Return To Y&R And Life During COVID 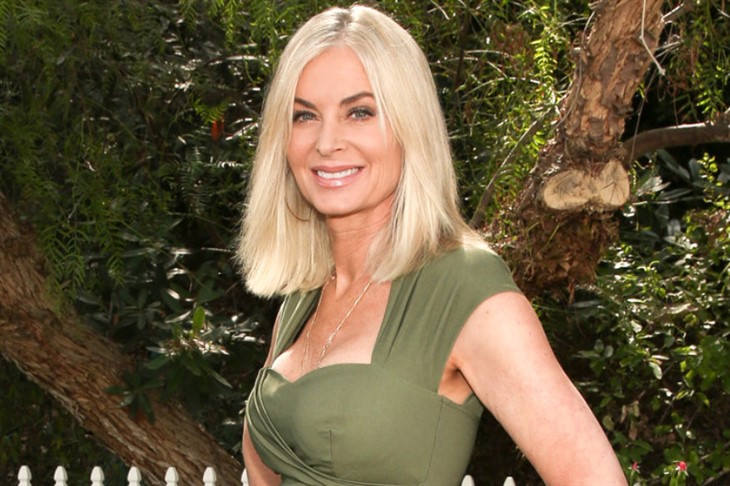 CBS The Young and the Restless spoilers reveal that Eileen Davidson is back to the show on Friday as Ashley Abbott. What will she be doing during her latest foray to Genoa City?

The golden girl will help her brother and sister to solve a mystery before their mother succumbs to Alzheimer’s disease.

In between Y&R visits she also features on Bravo’s reality series, The Real Housewives of Beverly Hills. While she enjoys the occasional visit, she told HollywoodLife.com it would not be easy for the show to lure her back full-time. How about Y&R?

“I’m so happy with how things are right now,” she said, “I have no idea what that would look like!”

On RHOBH Eileen’s soap star pal and former Days of our Lives, costar Lisa Rinna (Billie Reed) is large and in charge of the show. At the same time, Chrishell Stause (ex Jordan Ridgeway, DOOL) is loud and proud on Netflix’s Selling Sunset.

Eileen was asked why she thinks so many soapies are featured on reality television at the moment. “It’s different,” she said. “And clearly the money and exposure. Branding. Lots of reasons.”

Davidson also dished on how she and her partner Vincent Van Patten have been doing during the past few months. She said they have a creative household and that they are both writing. “I’ve been taking guitar lessons and painting. I finally finished Pillars of the Earth! Our son is a runner so he’s been training. Oh, and cleaning and cooking. A lot of that!”

Additionally, Davidson and Van Patten teamed up for the feature film, 7 Days to Vegas. She spilled that he is, “working on something very fun with my amazingly talented stepson, Duke. They wrote a terrific part for me. They better!” she said laughing.

Davidson also shared her thoughts about the shows airing of encore episodes saying, “I loved them all! Listen. The hair.”

The Young and The Restless News Update: This Is Why Melody Thomas Scott Stabbed One Of Hollywood’s Leading Men #yr #youngandtherestlesshttps://t.co/bcw0z407vy

She continued, “There are a renewed passion and excitement surrounding soaps now; a greater appreciation, I think, because of not being able to tune in. Absence makes the heart grow fonder! And Y&R is back better than ever!”