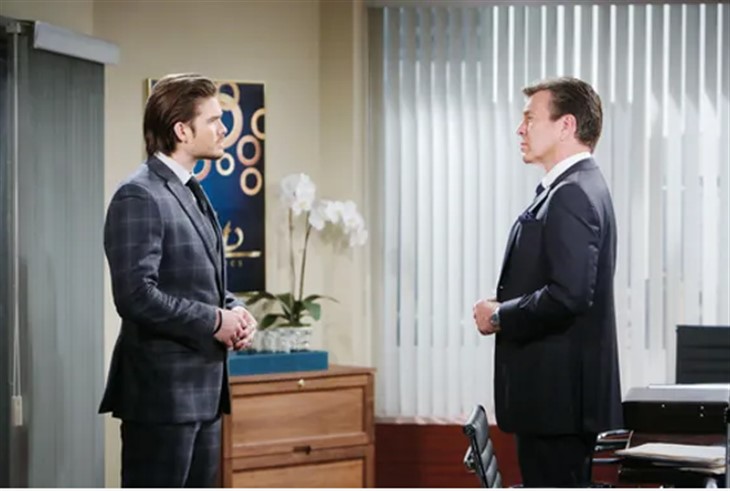 CBS The Young and the Restless spoilers and updates tease that a character who was on his way out could be brought back in the wake of the production shutdown and subsequent restart. The character would be given a second life, a sort of redemption story as a way to right a wrong.

Not every casting decision is spot on, and in the case of Tyler Johnson and his character Theo Vanderway, show execs have reason to reconsider letting him go.

That’s what our CBS inside source is telling us, and we have no reason to argue. Theo was a breath of fresh air that ruffled plenty of feathers in stuffy Genoa City. Having him remain to stir things up would give the show an infusion of fresh blood and feisty fun, something fans are looking for when the show comes back on the air.
Will it happen? It could if the rumored storyline pans out.

The Young And The Restless Spoilers – Will Theo Vanderway Stay In Genoa City To Become More Acquainted With His Family?

What we’re hearing is that Theo could decide to stick around to pursue his relationship with the family he never knew, in particular, to get to know his Uncle Jack Abbott (Peter Bergman) better. These two got off on the right foot but somehow things went very wrong.

Theo Vanderway Deserves Another Chance To Prove Himself?

It all went south when Theo unknowingly used Jack’s presentation to try and impress him. Jack’s son, Theo’s cousin Kyle Abbott (Michael Mealor), set him up so it wasn’t exactly 100% Theo’s fault that he used material that wasn’t his.

His decision to do so is entirely on his shoulders, however, and afterward, Theo expressed remorse for reverting to his old, bad behavior.

Y&R Spoilers – Does Theo Deserve A Chance To Redeem Himself?

There’s another reason for Theo to stick around, and that’s Lola Rosales (Sasha Calle). If she shows the slightest interest in him he could change his mind and decide to make things work between them and at the same time make amends to Jack.

Is a rebooted Jack and Theo storyline in the works? It makes sense to keep Theo around. He and Jack could rebuild their shattered relationship and at the same time, that reality would stick in Kyle’s craw, adding to the suspense and drama of the retooled plot.