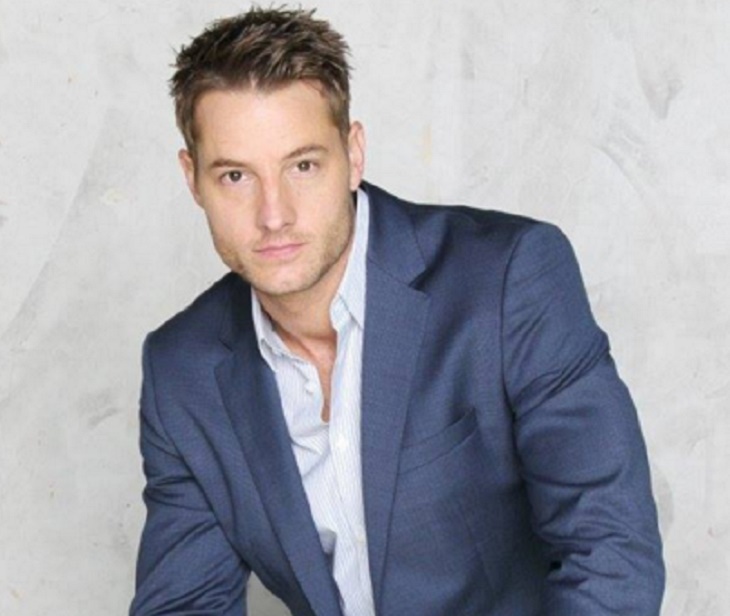 “The Young and the Restless” star Justin Hartley [Adam Newman] isn’t a newcomer to daytime soap operas. The actor has spent most of his career guest-starring in primetime dramas, but there is one daytime drama in Justin’s resume.

Since leaving The Young and the Restless, Justin Hartley is now the star of hit primetime drama This Is Us.  Recently Hartley found himself in the news again when he filed for divorce from Days of Our Lives star Chrishell Stause, and then was spotted kidding former CBS soap star Sofia Pernas.

How well do “Y&R” fans know Justin Hartley? Here are 10 fun facts about the actor! How many of these facts do you already know?

2. Justin hails from Illinois! Born in Knoxville, Hartley was raised in the small suburb of Orland Park.

3. Hartley’s first role in primetime was on the CW show “Smallville.” Justin portrayed Green Arrow/Oliver Queen from 2006 until 2011.

5. In high school Hartley was quite the athlete. He played baseball, basketball and soccer at Carl Sandburg High School.

6. An avid baseball fan, Justin’s favorite teams are the L.A. Dodgers and the Chicago Cubs. When it comes to football Hartley has been known to root for the Chicago Bears from time to time.

7. Justin has an official YouTube Channel. You can find clips of Justin back in his days on “Passions” as well as clips of interviews going back several years.

8. Hartley shares his favorite songs on his website. Justin playlist includes “Bring It on Home to Me” by Wilson Pickett, “Away From the World” by Dave Matthews Band, “Shut up and Hold On” by Toby Keith and “Feeling Alright” by Joe Cocker.

9. Justin starred in the “Gemini Division” web series in 2008. He filmed 12 episodes as Nick Korda.

10. Justin Hartley attended Southern Illinois University and University of Illinois where he majored in history and theater.