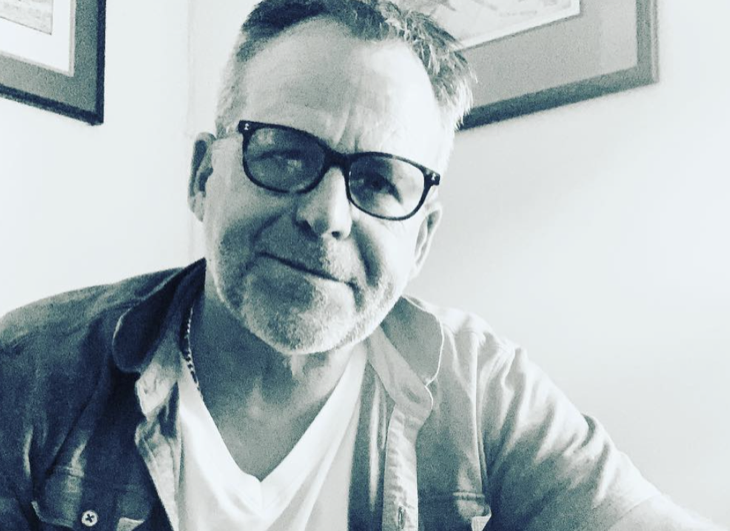 General Hospital spoilers tease that serious charmer Kin Shriner (Scott Baldwin) has gone and created the next viral challenge without even trying to!

If you don’t believe me, check out his Twitter where he fills everyone in on the fun.

Here’s his post: “Somehow my Jaws monologue has turned into a challenge. This guy @justJimWarren chimed in and then @MauriceBenard used a prop. Feel free @GeneralHospital actors to join or anyone for that matter !!”

The accompanying video shows Kin’s fellow GH co-star Maurice Benard (Sonny Corinthos) doing his best impersonation of the famous Jaws monologue, with a colorful red parrot as a prop in his hand and his trademark State of Mind t-shirt on.

Some how my Jaws monologue has turned into a challenge .This guy @justJimWarren chimed in and then @MauriceBenard used a prop . Feel free @GeneralHospital actors to join or anyone for that matter !! pic.twitter.com/dzaReyXi70

General Hospital spoilers – Do you want to try Kin’s unofficial challenge for yourself?

Even CBS star John McCook, who plays Eric Forrester on The Bold and the Beautiful has taken the “challenge” and you can see it on his Twitter! We warn you though, his choice of prop will give you goosebumps if you’re not a fan of horror movies!

Well @JohnMcCook44 u jumped in with a version for our jaws @GeneralHospital now @BandB_CBS challenge https://t.co/0aekz5ZK7o

General Hospital spoilers – What’s next for Scott Baldwin on GH?

Kin is known for his amazing sense of humor which he frequently displays via his legendary character Scott Baldwin. The handsome and talented actor has starred on the ABC sudser for decades and had an inside view as Port Charles has been through mob wars, graced by celebrities, and put on countless Nurses Balls.

At this time the show is in the process of airing three week’s worth of vintage Nurses Ball episodes, and we’ve been treated to the irrepressible Scotty in some of them. At one point viewers saw Scott dealing with the aftermath of his affair with Lucy Coe (Lynn Herring) the event’s host. Wouldn’t it be nice to see more of the eternally tousled Scott, perhaps giving advice to his son Franco Baldwin (Roger Howarth) or embarking on a lasting relationship with Bobbie Spencer (Jaclyn Zeman)?

The show has had to resort to the encore episodes as a result of the coronavirus pandemic. The ongoing war being waged against COVID-19 has resulted in the shutdown worldwide of television and film production.

It’s not known when the show will once again be able to film and air new episodes but we’ll keep you up to date on all of the latest developments as they become known.